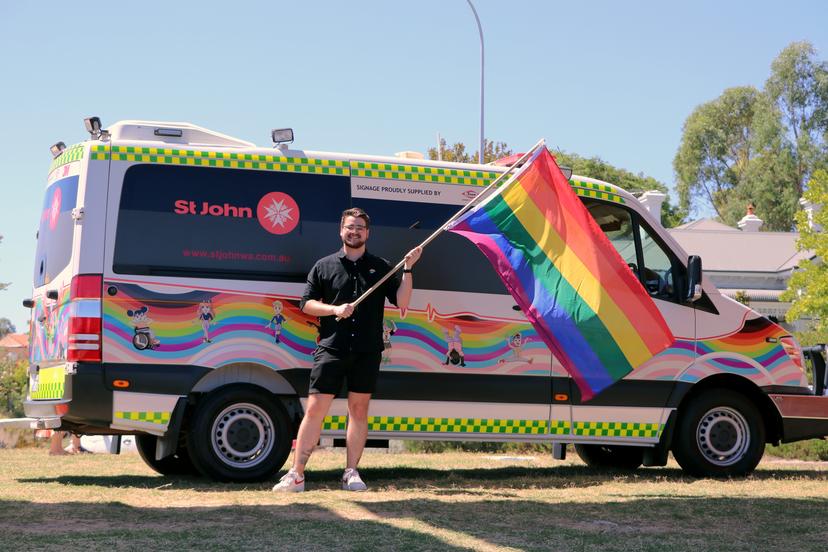 After taking out top spot in the 2020 St John WA GLAM-bulance competition, local artist Nathan Richards is set to have his design unveiled on a St John WA ambulance on Monday 15th February.

St John WA’s Facebook competition was held last November, following the cancellation of the 2020 PrideFEST. Users were encouraged to submit pride-themed ambulance designs in support of WA’s LGBTQI+ community, with one creative winner having their design brought to life by St John WA.

After making it through to be one of the five finalists, Nathan’s design won the competition through a public vote, securing an incredible 1,577 votes. The decommissioned ambulance has now been wrapped with Nathan’s design by Jason SignMakers, who donated their services to wrap the vehicle.

A Melville based artist, Nathan (Paper Wombat) saw St John WA’s GLAM-bulance competition as the perfect opportunity to contribute to supporting the LGBTQI+ community. He felt that even though he couldn’t celebrate the annual festival, he wanted to bring Pride to Perth. 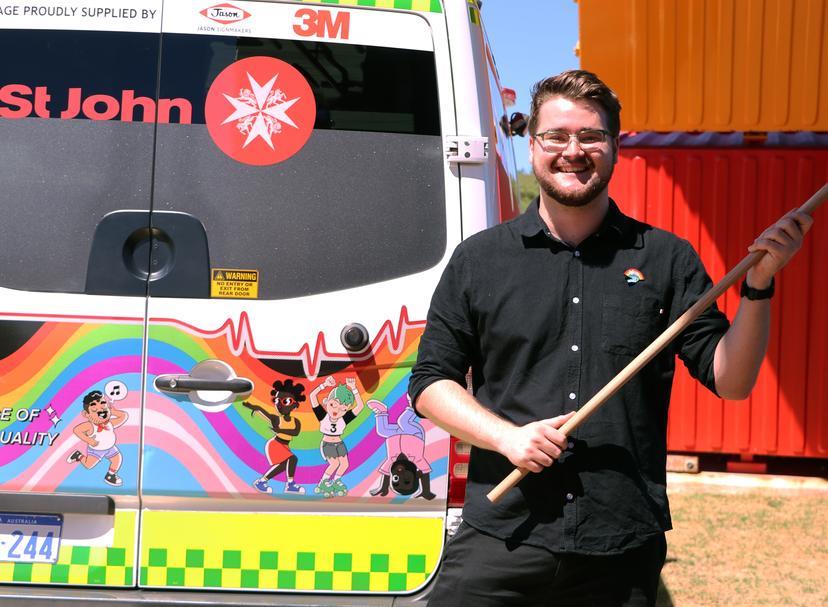 “St John WA plays such a vital role in our community. Both the paramedics and volunteers deserve so much recognition for the work they do, saving lives and caring for our most vulnerable.”

“It’s very special to have my design selected for the GLAM-bulance. Together, we can share an important message of equality and inclusion; no matter how you identify, you are welcome and are a valid member of our community,” says Nathan.

Over the last two years, St John WA has participated in the PrideFEST parade with its own extravagant ‘GLAM-bulance’, designed by an internal graphic designer. This year, for the first time, the opportunity was extended to the entire WA community.

St John WA CEO, Michelle Fyfe said the GLAM-bulance competition has provided the perfect platform for the Western Australian community to come together and celebrate as one.

“We’re so proud to be able to support the LGBTQI+ community, as well as Perth’s brightest artists. Nathan’s design is abundant with joy and positivity and will bring a ray of light to the streets of Perth,” says Michelle.

Perth’s most colourful ambulance will be hitting the road for a Pride-themed road trip all the way to the top of our state for Broome Mardi Gras from the 24th – 28th February.

St John WA is committed to equality, proudly supporting the LGBTQI+ community as part of its ongoing commitment to diversity and inclusion.
Posted on: