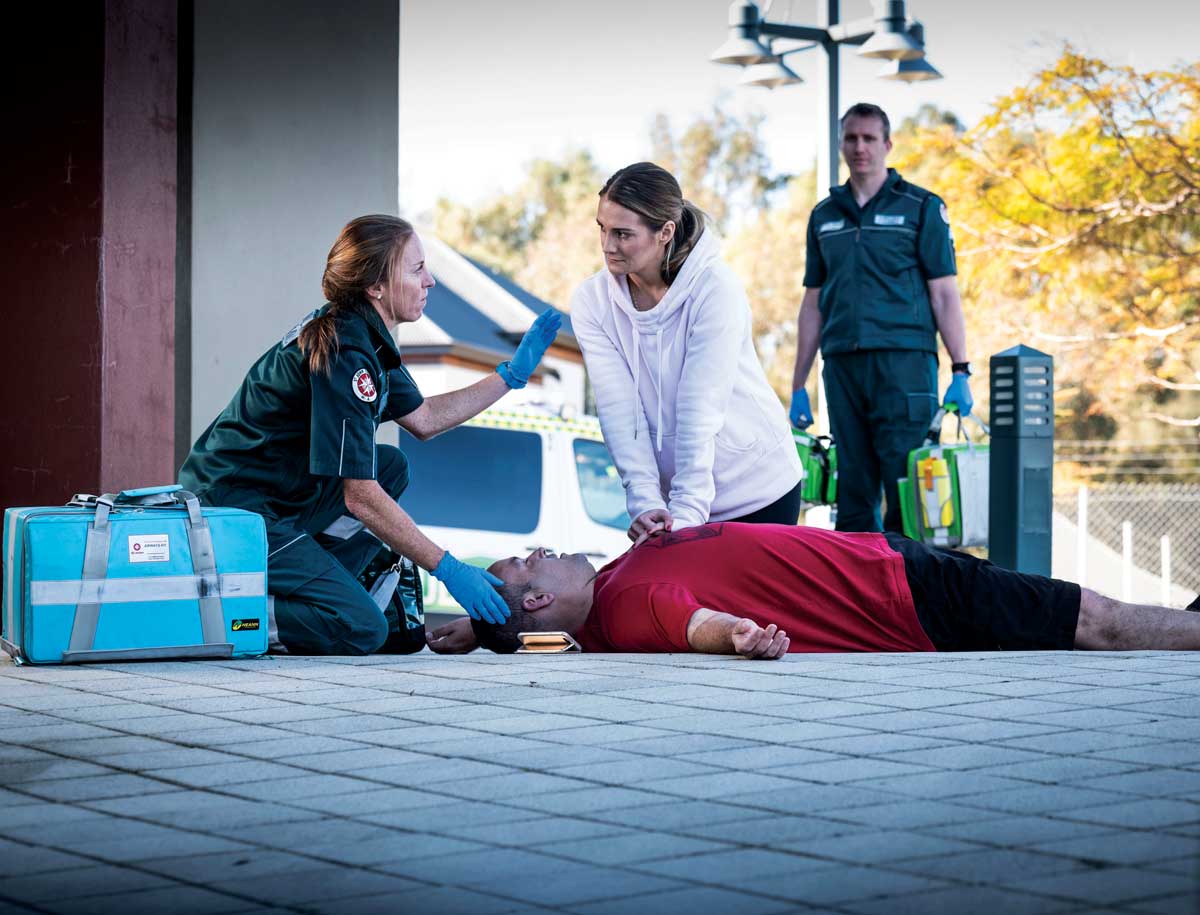 Fast Facts
Witnessed cardiac arrests in the community where the patient has an initial shockable rhythm are shown to have to the greatest survival rates 30 days after hospital. This definable cohort, known as the Utstein group, allows for more meaningful comparisons.

The total number of patients who survived OHCA at 30 days was 128 (124 adults and 4 children). Unfortunately, most out-of-hospital cardiac arrest (OHCA) occur in a private home (71 per cent), and resuscitation was not appropriate in 60 per cent of the 2698 cases attended by St John WA in 2020.

Resuscitation was attempted on 1086 OHCA patients of which 458 (42.2 per cent) were witnessed (or heard) to collapse. Reassuringly, the percentage of OHCA patients receiving bystander CPR prior to the arrival of SJWA remains high at 79.6 per cent, up slightly on 2019 (79.1 per cent).

Community defibrillators (AEDs) too are unequivocally associated with improved chances of survival. AEDs were used on 134 OHCA patients in 2020, more than in the previous five years. However, the number of cases where a defibrillation shock could be delivered fell slightly to 55. Of the 55 patients who received a defibrillation shock, 35 (45.5 per cent) had a pulse on arrival at ED and 22 survived 30 days after hospital (40 per cent).

Arriving at ED with a pulse, or Return of Spontaneous Circulation (ROSC), is a prognostically favourable indicator and arguably a barometer of prehospital performance. Of the 1086 resuscitation attempted cases, 224 patients had ROSC at ED (20.6 per cent). This was a slight drop from 21.4 per cent in 2019.

The median time for SJWA ambulance to reach an OHCA patient in the metro area took 9.3 minutes and 13.6 minutes in rural and regional locations. This was fractionally higher than 2019 (9.1/13.3 mins) since the application of PPE prior to arrival may have been a contributing factor.

To read the full report, and hear some of our amazing survivor stories, click here.
Posted on: