A second chance at life thanks to St John WA volunteers 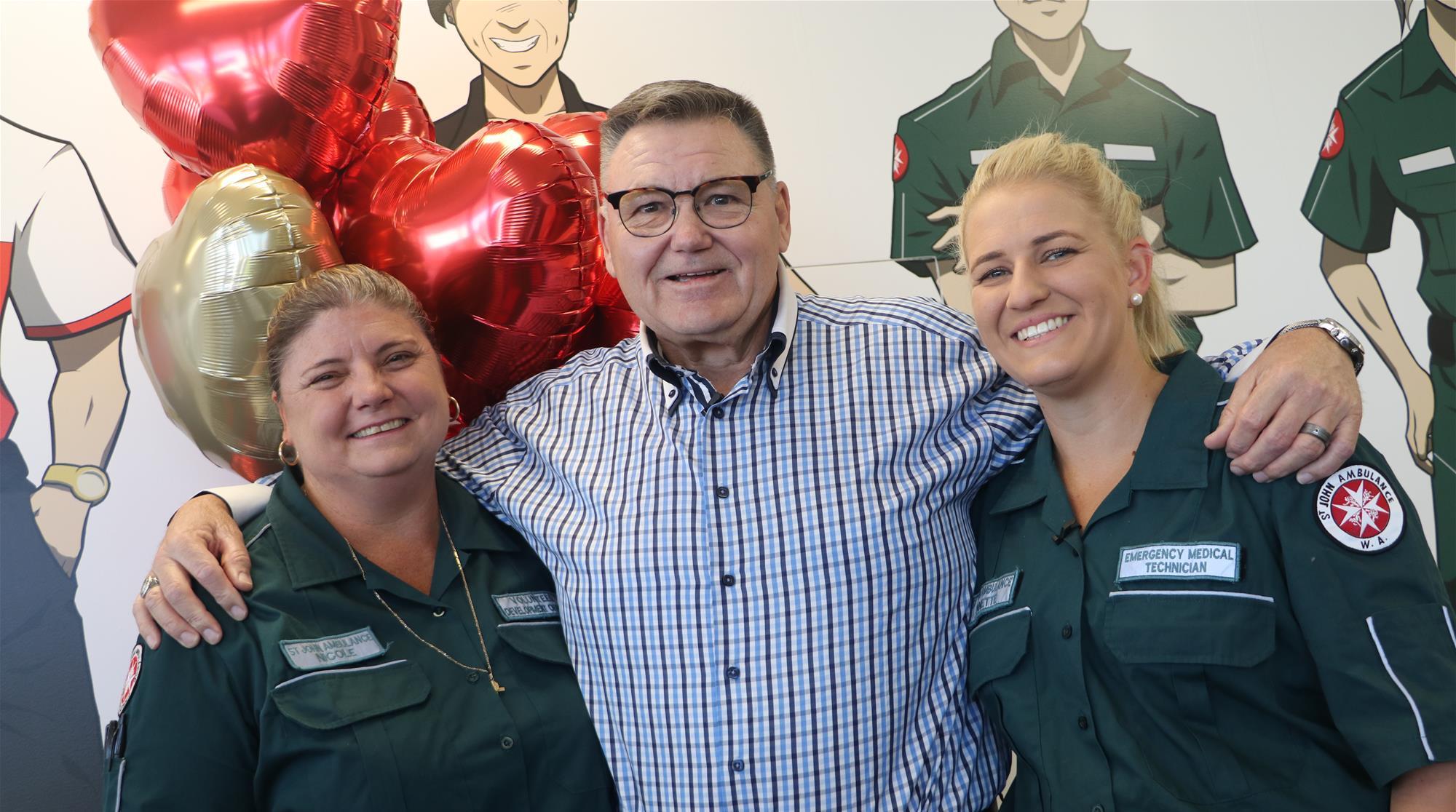 All smiles: Nicki, David and Annette were reunited by St John WA.

The first time David Bignold ‘met’ Annette Wilson and Nicki Kelly, he was unconscious and not breathing.

When David suffered a sudden cardiac arrest at a function in Perth earlier this year, the two women, who are volunteers for St John WA, were the first to assist.

They were closely followed by a team of others, including another vollie, Tom Rossen from Dongara, who worked together to keep David alive until an ambulance could get him to hospital.

Fast-forward a few months, and David was reunited with two of his life-savers, with St John WA flying both Annette and Nicki down from Tom Price to meet their grateful patient.

The emotional reunion was captured on camera by 7 News just in time for Restart a Heart Day.

David, who is now fighting fit after weeks of procedures in hospital – including open-heart surgery – said he was thrilled to meet two of his saviours.

“I can’t thank them enough,” he said.

“It’s because of them I’m here to tell the tale.”

Annette and Nicki were equally positive about being reunited with David, saying they didn’t often get to find out the outcome of an incident they had attended.

Did you know just one in nine people who have a cardiac arrest outside of hospital survive?

Quick first aid and access to an Automatic Electronic Defibrillator (AED) can save lives.

As the leaders of first aid in Western Australia, St John WA stock a range of heart defibrillators from leading brands, so you can have the confidence to provide assistance in the event of an emergency.