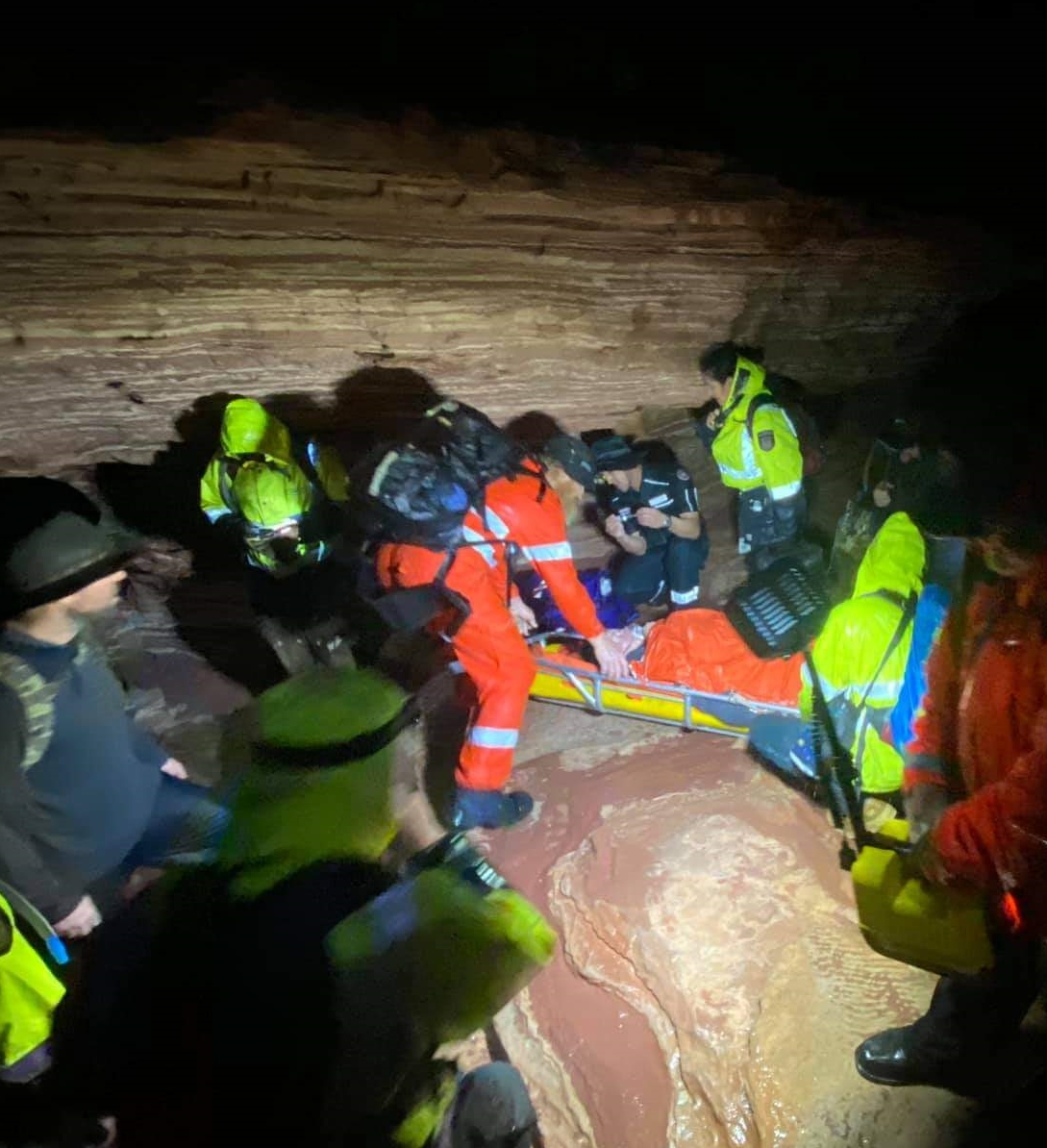 St John WA Community Paramedic Nic Chadbourne has been recognised for his part in a dramatic cliff rescue near Kalbarri in 2019.

It was just before midday when a woman collapsed while hiking The Loop trail.

The patient, who was in her 50s, was running low on water, with nearby hikers raising the alarm.

It took Nic an hour to get to the woman, and another four hours for a team of SES volunteers and park rangers to carry her to safety out of the gorges.

“It was a long, difficult rescue,” Nic said.

“Everything was soaked, including the entire contents of my medical backpack.

“It was cold and physically exhausting.”

The woman, who did not speak English, was taken to Kalbarri Health Centre and made a full recovery.

She was so grateful to her rescuers she made a photo book of her adventure, gifting it to Nic to say thank you.

“That was pretty special,” Nic said.