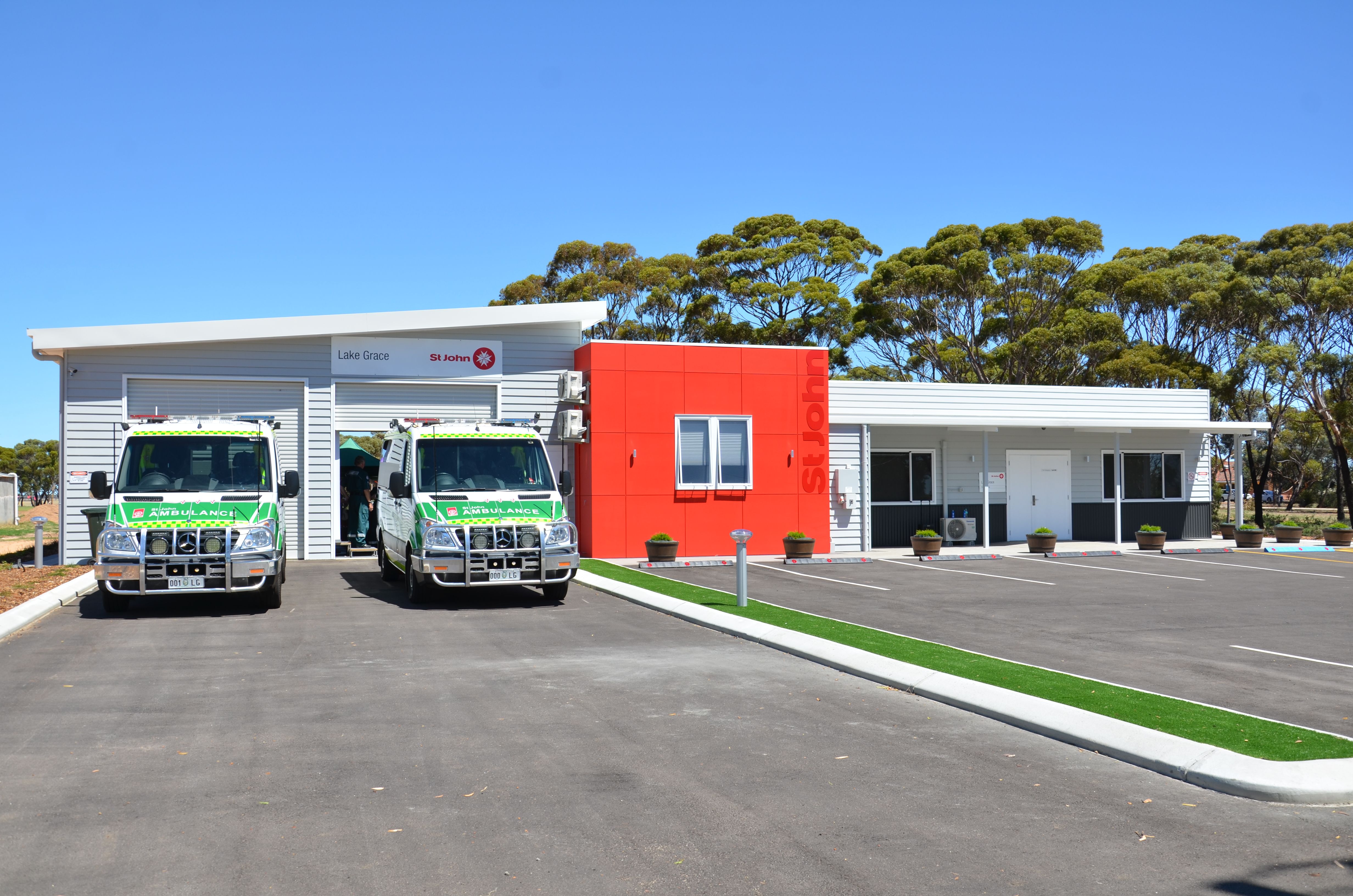 Seven years of lobbying, fundraising and then getting down to the nitty gritty of rolling up the sleeves and building a new home for its ambulance service will be realised today in Lake Grace.

St John Ambulance Lake Grace Sub Centre chairwoman/project manager Amanda Milton said the town of 1,300 people had come together to create a facility that truly delivered for the ambulance service of today while also planning for the future.

Among the locals taking up the baton for the new sub centre was Fremantle Docker superstar Nat Fyfe, who happens to hail from the farming town, and whose mum volunteers for the local ambulance service.

Through the Fremantle Foundation charity, Fyfe chipped in with $10,000, cash he won in taking out a footballer of the year prize in 2015.

Mrs Milton said: “It’s a great story about an AFL star contributing to his local community, and investing in an intergenerational project.”

Nat’s mum, Christine Fyfe is a volunteer of 10 years, and she is both an ambulance officer and sub centre secretary.

At the time, Lake Grace was $200,000 short on funds but the footballer’s donation was part of a “cascade of donations that came in over the next nine days where we reached our funding target.” 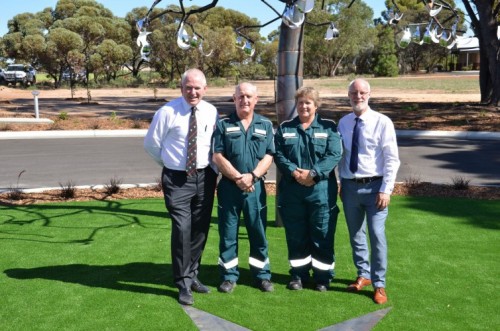 More evidence that the new sub centre project had galvanized the community was last April when more than 30 community members came together to take part in a sand cart to assist with the construction of the sub centre.

Mrs Milton said 11 trucks, three front end loaders, a grader, bobcat, roller, truck marshal and catering team all pitched in, donating their time and equipment so the foundations of the building could be laid.

Other St John sub centres had also made donations to see the project to fruition. Wundowie, Boddington, Newdegate, Wongan Hills, Narrogin, Kulin, Toodyay, Chittering/Gin Gin and Margaret River all made significant donations, and the Newdegate Community Crop contributed a further $50,000, as did the Lake Grace Men’s Shed.

Lotterywest and the Wheatbelt Development Commission (via the Royalties for Regions program) provided grants of $197,417 and $110,420 respectively.

St John had been at the old centre on Bennett Street for 72 years but the facility had become too small for the ambulance service, which last year completed 104 ambulance cases.