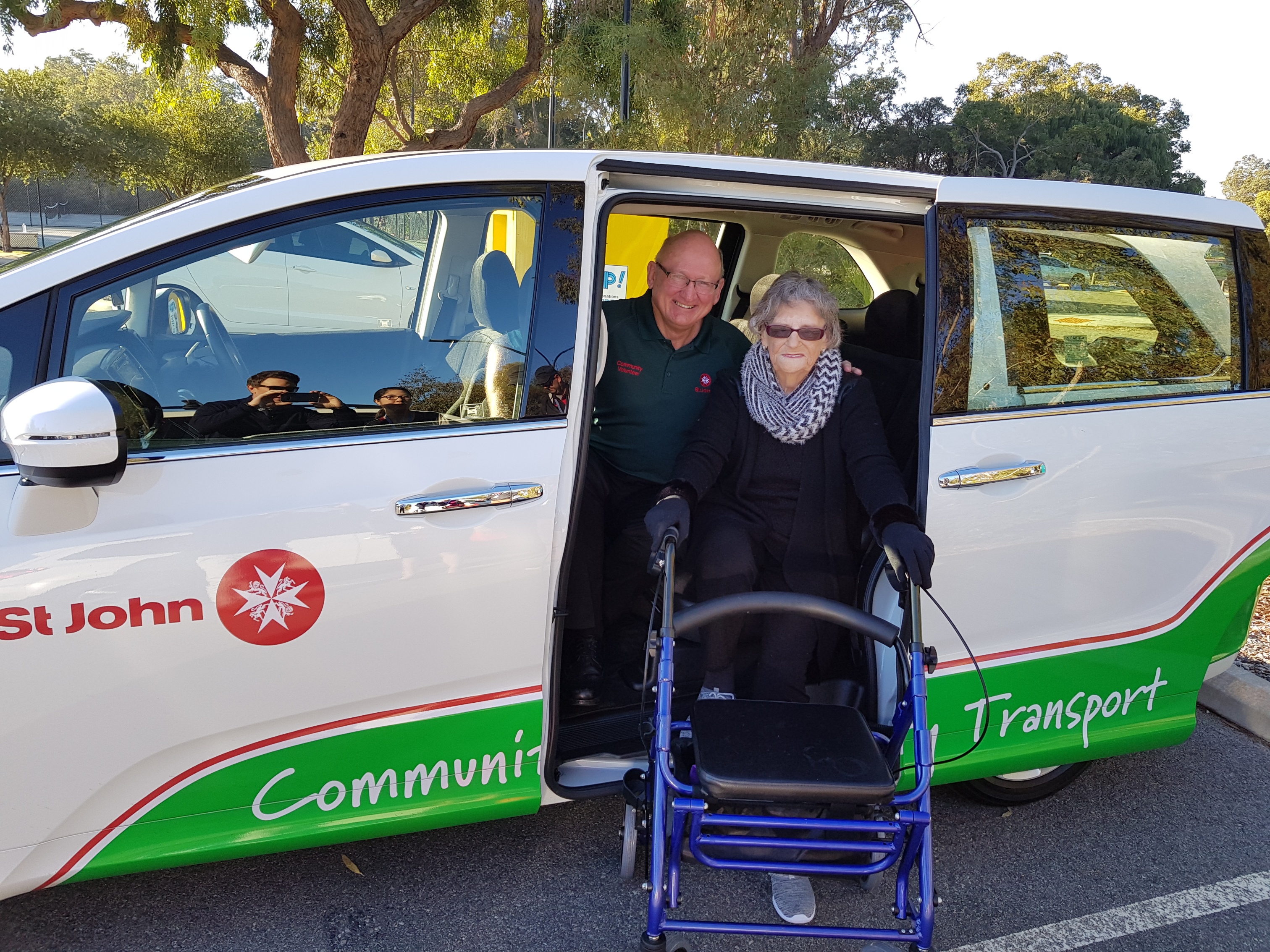 St John Ambulance WA volunteer Greg McKeaig was this week presented with an official commendation for his actions during a medical emergency.

Mr McKeaig, of Bayswater, is a St John community transport volunteer who provides transport and companionship to people who would otherwise be unable to attend medical appointments.

In April, he was called to collect Tapping resident Joan Reihanna for her medical appointment. Upon arriving, Mr McKeaig became concerned at Ms Reihanna’s condition and noticed she was looking unwell.

She was rushed to Fiona Stanley Hospital where she spent a week in hospital before being discharged. She has gone on to make a full recovery.

Mr McKeaig’s actions in assessing the patient’s condition, calling an ambulance and providing care, contributed to saving Ms Reihanna’s life. He was reunited with Ms Reihanna and presented with an official commendation from St John on Tuesday, June 20.

“Mr McKeaig has been a volunteer with St John for eight months and in that time has completed first aid training which has equipped him with the skills to handle these kinds of situations,” he said.

“He acted with confidence and calmness in what was a difficult situation. His actions allowed Ms Reihanna to receive immediate medical attention which, given the seriousness of the condition, ultimately helped save her life.

”St John has more than 8,000 volunteers across WA, performing various important roles within the community. St John is immensely proud of our volunteers and appreciates the enthusiasm, professionalism and selflessness they display each and every day.

To learn more about the various volunteer roles available through St John and how you can help make a difference, visit www.stjohnambulance.com.au/changelives/volunteer