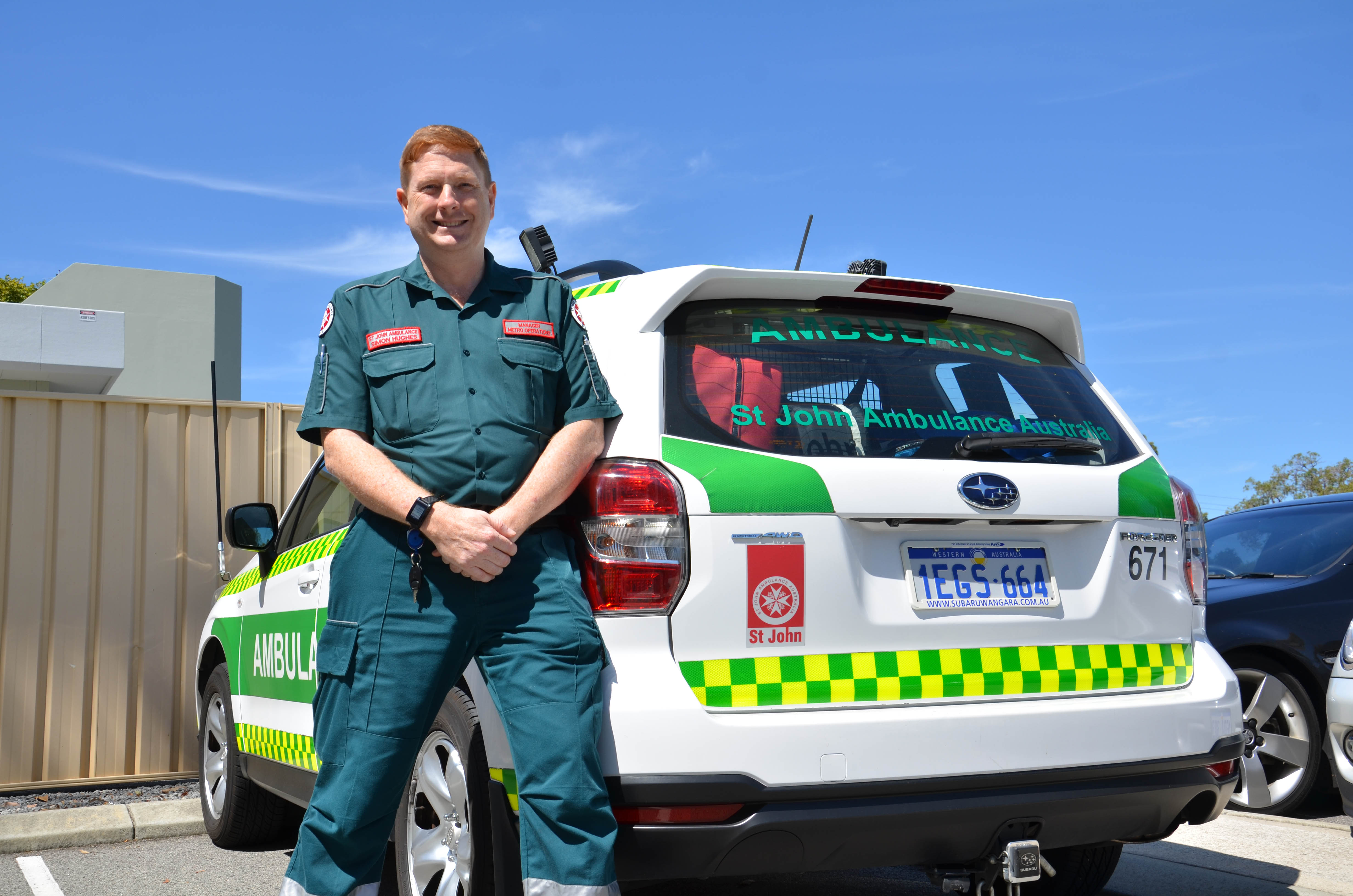 Country Ambulance Operations Manager Simon Hughes has always known he wanted to help people. Even as a child, he dreamt of working in health and this week he celebrates 40 years of service at St John WA.

Initially starting out as a 12-year-old cadet and volunteer in 1982, Simon always knew he wanted a career in the medical field.

“I remember watching an ABC TV show on surgical procedures, and I was fascinated with the way the doctors and nurses helped sick and injured patients," he said.

“My passion for healthcare was solidified after participating in a first aid course run by The Red Cross in primary school.”

Simon dabbled in university by studying nursing, but didn’t thrive in that environment, so he began a career in the rail industry, which was good when it started, but Simon never stopped thinking about working in the health industry.

“It got to the stage where I didn’t want to be working in the rail industry for the rest of my life, so I thought if I don’t try now, I won’t know,” he said.

After 10 years in the rail industry, Simon closed that chapter of his career and was accepted into St John WA’s Student Ambulance Officer programme, completing one year of St John WA’s night school before commencing Induction School in 2002.

Simon is extremely goal-orientated and set his sights on working in operational management, so when a position opened up as a Team Leader in metro operations, he applied and got the job.

Since then, he was quickly promoted to Metro Ambulance Area Manager, Acting Country Operations Manager and finally Operations Manager for Country Ambulance. Amidst his quick progression within St John, he was recognised by his peers for distinguished service and awarded the Ambulance Service Medal, the National Service Medal for 15 years of paid service and was promoted to Commander of The Order of St John.

“I’ve been quite lucky with promotions and awards," Simon said. "I am really proud of being in The Order and the Ambulance Service Medal, it’s a big thanks for doing what you do."

While there have been too many positive stories to talk about just one, Simon speaks fondly of working with others and being a champion of helping volunteers and paramedics receive recognition from others.

"I get a lot of satisfaction in my role when investing time in someone and seeing their positive change, it's really the best thing about working in management," he said.

“You build positive people around you, and you don’t work a day in your life.”

St John Head of Country Ambulance Justin Fonte said Simon was a highly regarded and respected leader who embodied all the best of St John.

“Simon commenced his service to the community after joining St John South Australia as a cadet. Since then, he has continued to wear different hats, develop new skills and is always focused on the patient and people around him.

“I would like to extend my most heartfelt gratitude to Simon for the lives he has touched in his many roles with St John WA and for the community of Western Australia.”