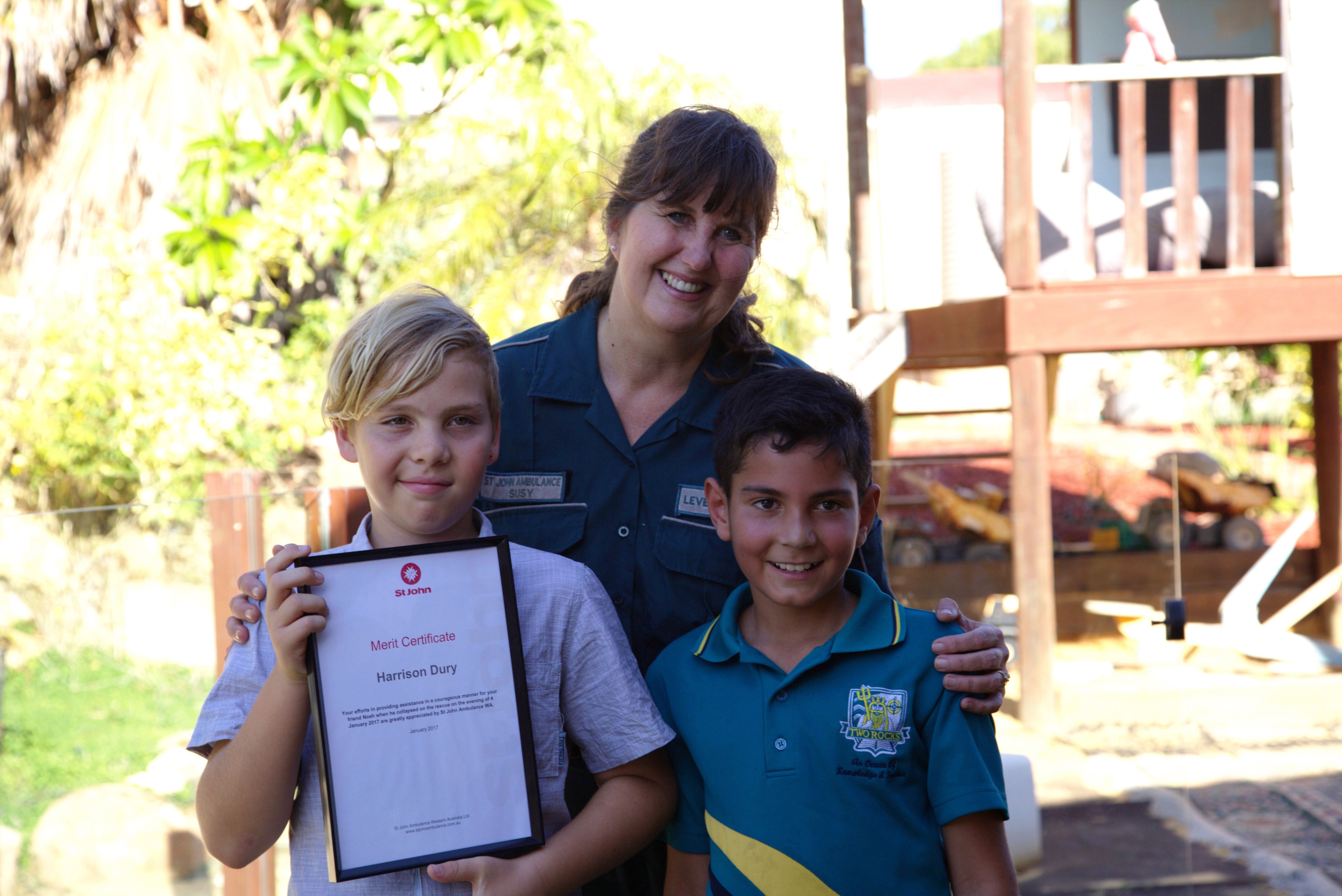 t all started with a group of boisterous young boys celebrating a birthday.Ten-year-old Noah was at his mate’s birthday party in Redfield Park (approximately 100 kilometres north of Perth) on 4 January, and was splashing in the pool with his friends.

Having been prone to seizures, Noah and his friends were aware of the symptoms for oncoming seizures. Suddenly Noah recognised that something was wrong and told his friend Harrison before collapsing in the water.His fast thinking friend kept his head above water and yelled out for help, whereby Noah was dragged out of the pool by the parents who were hosting the birthday.

Noah’s condition deteriorated rapidly and he fell unconscious and stopped breathing.Immediately the parents dialled triple zero (000), CPR was commenced and off duty volunteer ambulance officer Susy Wright was on the scene minutes later.

The Redfield community has a defibrillator located at their First Aid Post which is registered with the St John Ambulance’s community first responder program.An ambulance was dispatched to the scene and a volunteer retrieved the defibrillator from the first aid post. The defibrillator was applied and a shock was delivered. Relief followed when Noah’s pulse and breathing returned.

Meanwhile, Noah’s friends ran out to flag down the ambulance to assist them in finding their way onto the rural property in the dark, and this helped to save valuable time.Noah was rushed Priority 1 by the Woodridge volunteer ambulance crew and they were met by Merriwa paramedics who took over the transport to Joondalup Health Campus. Noah went into cardiac arrest a second time at Joondalup and this time he was revived by doctors in the emergency department. 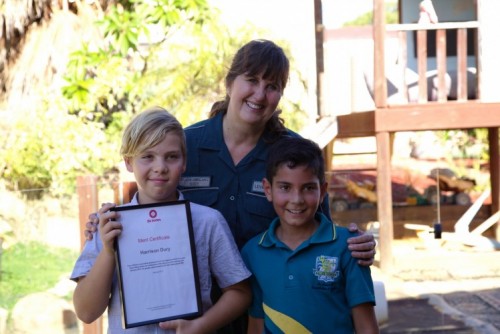 Thankfully Noah has fully recovered from the incident and has since returned home.

St John Ambulance Community First Responder manager Sally Simmonds said it was a combination of effective CPR and the use of the defibrillator on scene that was instrumental in saving Noah’s life.

• If a triple zero call is received by St John indicating that a patient is suffering a cardiac arrest, an alert is raised to show that a First Responder is nearby. The First Responder will then be contacted and asked to assist at the scene.

• The CFR system is operating in almost 1,500 locations across Western Australia and continues to grow.

• In the event of a sudden cardiac arrest, rapid response time is vital. For every minute that that the victim is not defibrillated they lose a 10 per cent chance of survival. After 10 minutes the chances of recovery are virtually nil.

• In Australia 25,000 to 30,000 people a year die from a sudden cardiac arrest. To help reduce that number. St John advocates placing AEDs in common areas such as offices, leisure centres and businesses.