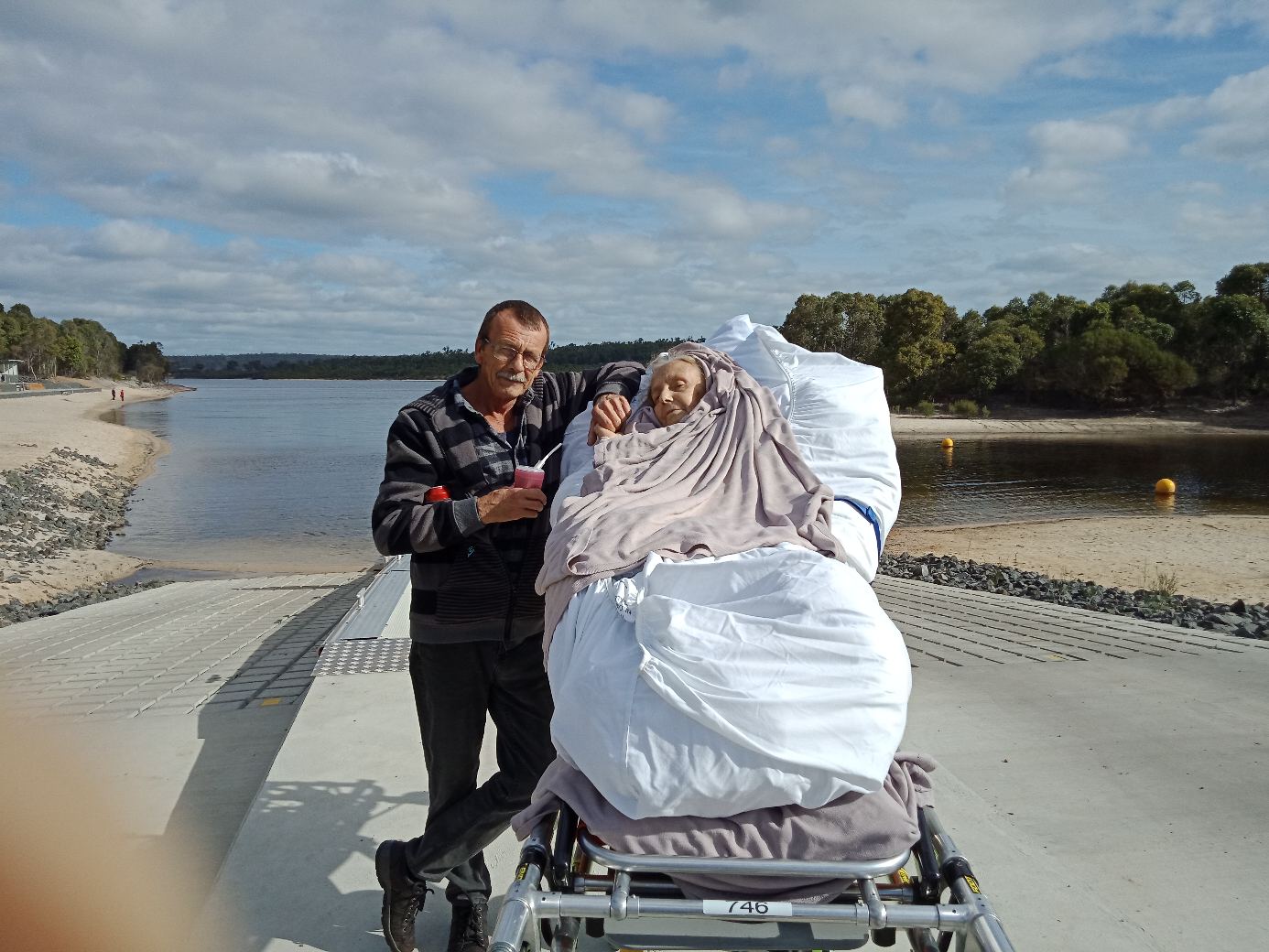 When Dianne Warren was diagnosed with cancer, her dying wish was to return to Collie where she grew up.

She achieved this before she was admitted into palliative care, but there was more to come.

Dianne had also harboured a wish to see Lake Kepwari and Minninup Pool, and it was St John WA paramedics who made this possible.

She was taken by ambulance to both locations.

Her husband, Steve Warren, said the cancer became significantly worse in the past five years, and Dianne wanted to return to Collie from Bunbury.

“We’d never seen Lake Kepwari, and Dianne hadn’t been back to Minninup Pool since she learnt to swim there as a child,” Mr Warren said.

“So they put her on a stretcher, blasted some Neil Diamond music, and we went out in the ambulance.

“I broke into tears. It was beautiful. It’s not something you expect when you get put into palliative care.

“The nurses were fantastic.”

Mr Warren said Dianne was his first girlfriend and they had been married for 41 years.

“Dianne was very centred around family,” he said.

“She always went fishing with her twin brother down at the Collie River, or camping with the rest of her family.

“I don’t remember the names of the paramedics, but they are all angels.”