From fleet to frontline 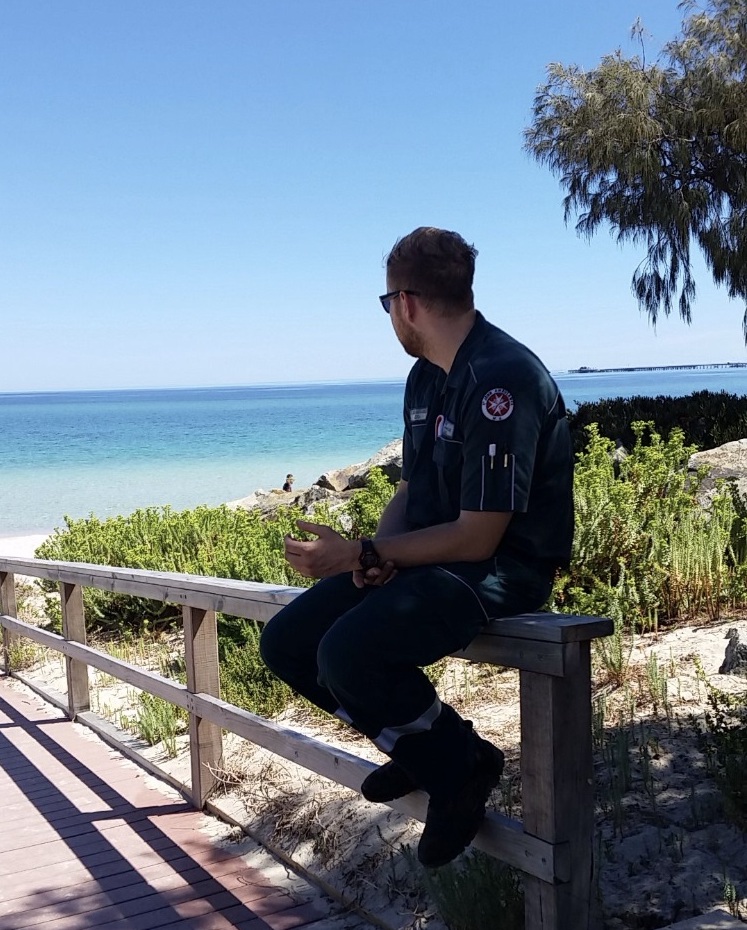 When teenage Josh Makley started at the old Francisco Street workshop in Belmont as a radio installer in 2012, he had no idea one day he would be on the frontline.

Josh enjoyed working as a radio installer but knew it wasn’t something he wanted to do forever. He was interested in joining the police force, which he had expressed to colleague, Nikki Snadden. Nikki had been around the workshop for years and took Josh under her wing, suggesting he consider a career as a paramedic instead.

“Josh is always calm, friendly and not easily fazed. These are all good traits to become a good paramedic”, Nikki said.

It was clear being a paramedic would be more rewarding for Josh after chatting to peers who had been police officers before working for St John. From that point, he got to know Trevor Mason, a paramedic seconded to the workshop.

“Josh approached me asking for advice on how to prepare for the selection process and for a day in the life experience of being a paramedic. I was encouraged by this as I felt it showed a genuine interest in the role to help determine if this was the right direction to go”, Trevor said.

As an introduction to patient care and a stepping stone to becoming an ambo, Josh began volunteering for Event Health Services on top of his full-time role at Fleet and Radio. He excelled as a volunteer Event Health Officer with staff noticing he was always first on scene and provided excellent care, suggesting he had what it takes to be a paramedic.

After finding his passion for patient care, and to get hands-on experience, he began volunteering for Country Ambulance in Northam. That was it for him. He knew it was something he wanted to do, so he applied for and was accepted into the Student Ambulance Officer Program.

After a six-year stint, Josh said goodbye to the Fleet and Radio team and picked up a casual paid role as a Metro Patient Transport Officer during his first year of studies.

He advanced to Ambulance Officer and joined the Voluntourism program to build a solid foundation of experience in different environments.

“I was first stationed at Warwick, which I was told was a busy station. But it seemed every time I was on shift it was oddly quiet. The crew started calling me a white cloud on road”, Josh said.

That brings Josh to 2022, when he finally graduated to paramedic.

Josh has evidently left a positive mark on those he worked with during his career.

“I feel confident that he will do well in the role, and I feel that has been borne out by his experience in field in his three years. My next aim to see if I can spend some time working with him, that would complete the circle for me”, Trevor said.

“I’m very proud of Josh as he’s shown what you can do when you put your mind to something you want and enjoy doing it. I will watch his career with interest and with pride” – Nikki said.

For his diligent and varied service at St John, we thank you, Josh. We wish you a prosperous career as a paramedic and beyond.