Giving in nature: St John workforce teams up to give hundreds of presents to families in need 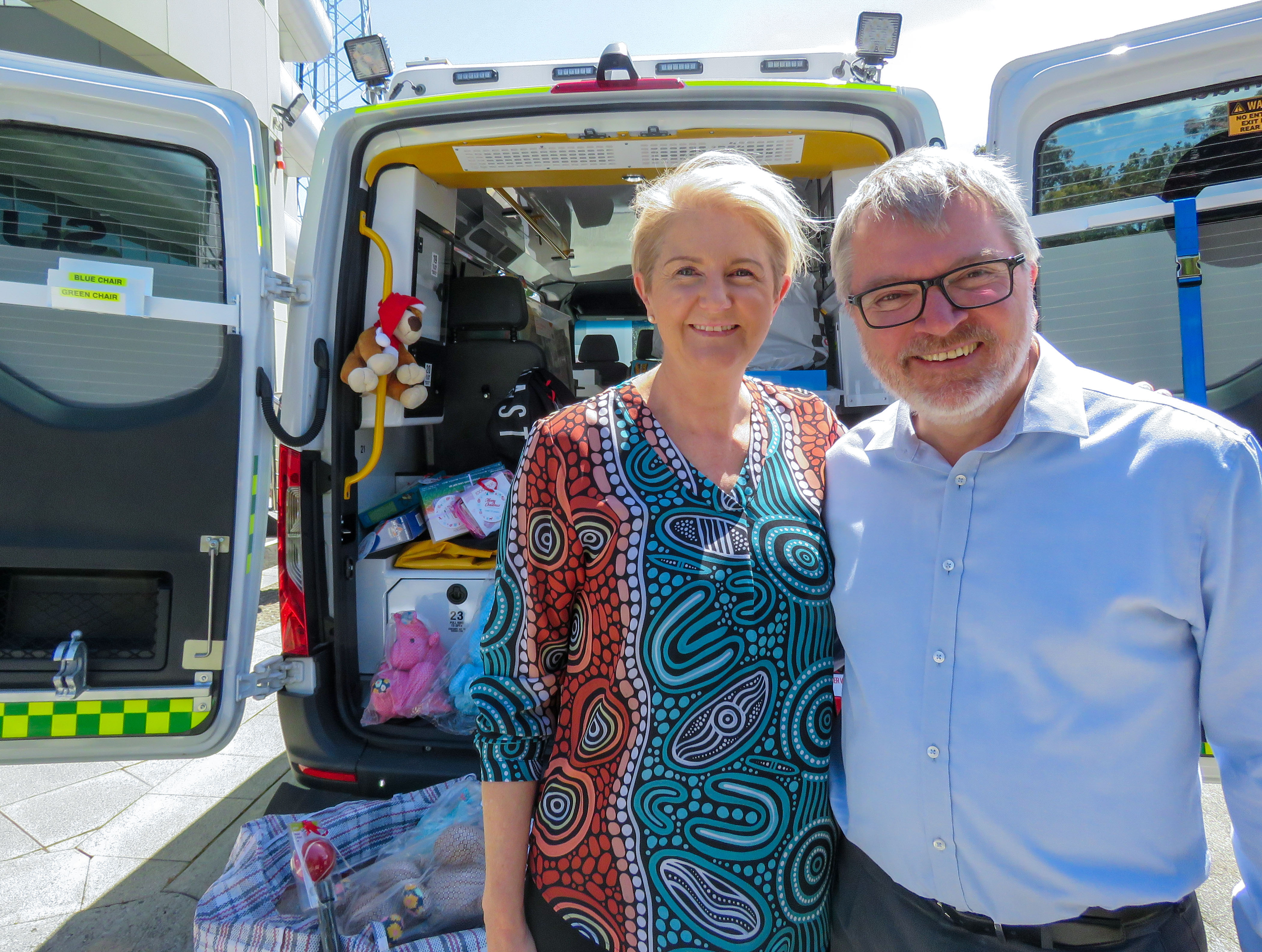 St John WA staff and volunteers have donated more than 760 gifts through the 2021 Giving Tree appeal, with presents having been collected at Sub Centres, Depots, Health Centres, and offices around the state.

For the fourth consecutive year, St John partnered with Anglicare WA as its charity partner for the Giving Tree appeal. Last year, Anglicare WA supported more than 20,000 children and young people experiencing hardship – and this year they’re expecting more due to the increased demand for their services.

The gifts generously donated by the staff and volunteers annually bring joy to families struggling to make ends meet at Christmas time.

The donated presents were handed over by St John WA CEO Michelle Fyfe at the St John WA State Office in Belmont to Anglicare WA CEO Mark Glasson on Tuesday 7 December before the gifts were transported via ambulance to Anglicare WA in East Perth.

Student volunteers from St Hilda’s Anglican School for Girls will assist in sorting the gifts before they are dispatched to Anglicare WA’s metropolitan and regional locations, to be delivered to children and young people accessing services.