How a passing motorist saved a cardiac arrest victim’s life 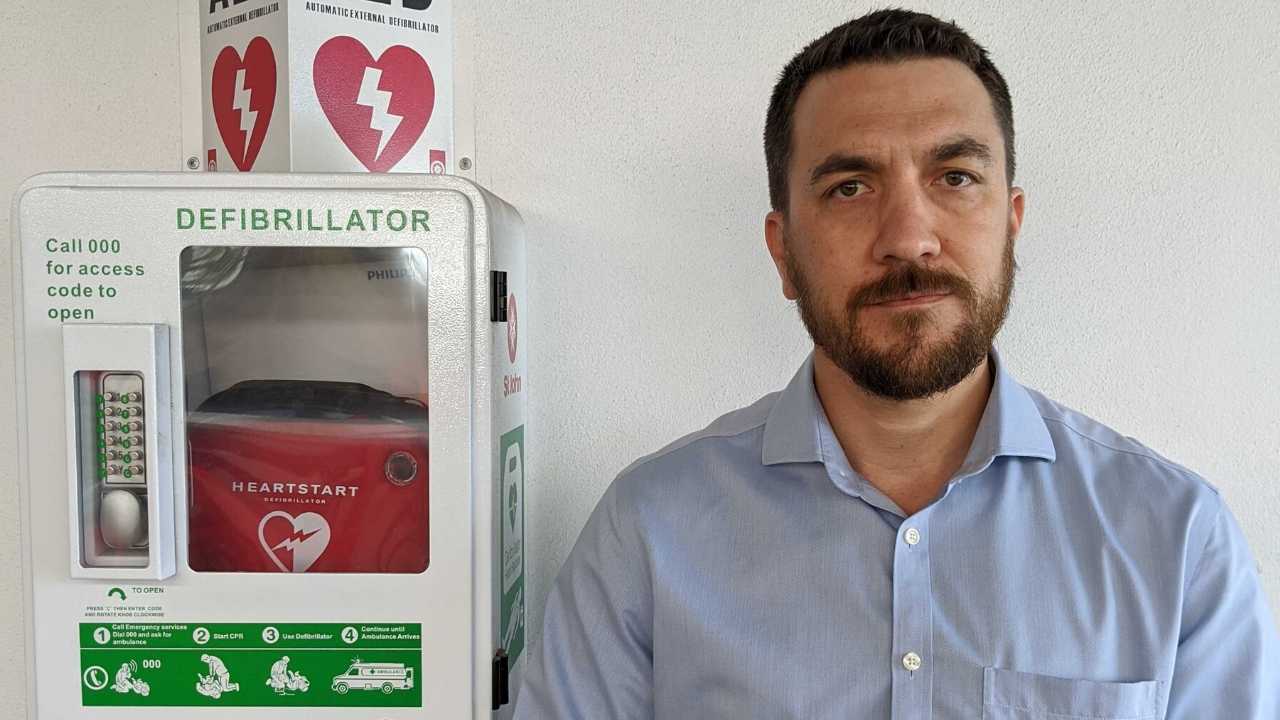 Jade Lay’s brush with death in 2018 has not only changed his outlook on life, but his view on the importance of having publicly accessible defibrillators and a community trained in first aid.

“I had been going through treatment for bowel cancer and while I was cycling home from work on Guildford road, I started feeling tired and then…black”.

Jade had suffered a cardiac arrest. His heart had stopped causing him to collapse on the side of the road. Luckily a passing motorist had stopped and administered CPR along with flagging down an ambulance that was fortuitously passing by just at the right time.

Jade had been clinically dead for 15 minutes before Paramedics Mitch Aquilina and Melanie Parker brought him back to life. They had to defibrillate him three times.  “We lost him twice and then after the third shock, we got him back so that was a really exciting moment actually,” Ms Parker said.

It was found that an allergic reaction to his chemotherapy had caused the cardiac arrest.

Jade Lay’s new lease on life has brought a renewed outlook and an appreciation for having more defibrillators and people in the WA community trained in First Aid. “If I was at home at the time, I would have been dead…it can happen at any time”.

As part of the Defib Drive campaign St John is looking to provide more publicly accessible defibrillators across Perth and regional Western Australia. Because every community deserves to have a defib nearby – and a chance to survive.

Learn more about how your donation can help bring a defib into a WA community that needs it most. Visit stjohndefibdrive.com.au today.