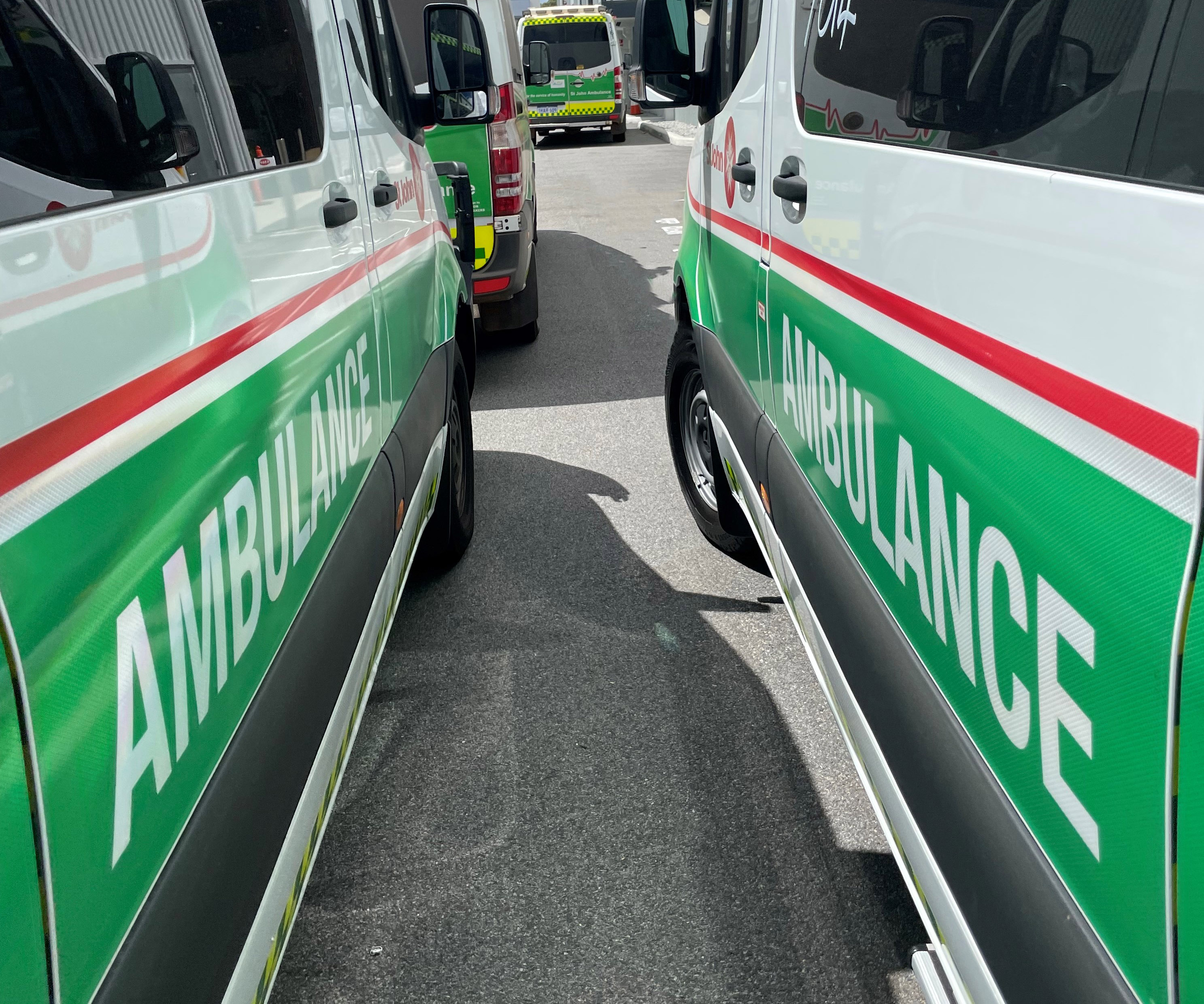 About 1000 hours of emergency ambulance response are returned to community every month as part of St John WA’s strategies to address ambulance ramping.

“Health services across Australia are under pressure and WA is no different. We expect ambulance ramping will continue as we hit the winter flu season and pressure related to COVID-19. We are doing everything we can to free capacity and support patients waiting for transfer to hospital care.”

“Last year ambulance ramping equated to removing about 4.5 ambulances from the road every day. We know any amount of ambulance ramping over 50 hours per day will impact our ability to respond to Triple Zero (000) calls as our crews are tied up waiting at hospitals to transfer patients. We will continue working with our partners across the health system to address this issue.”

St John WA is the only Australian ambulance service which publishes daily ambulance ramping and performance figures to keep patients and the community informed.

What is ambulance ramping?

The Australasian College for Emergency Medicine observes in its Position Statement on Ambulance Ramping that:

“In a well-functioning system, with good access to cubicles and beds, the time interval of ambulance arrival to clinical handover should routinely occur within 15 minutes and never take more than 30 minutes.”

Technically known as “Extended Transfer of Care” a new definition of the practice was agreed in in 2020 to reflect the potential 30-minute timeframe for patients to be transferred from the care of St John to that of the hospital.

Our The First Responder Program includes:

This means members of the public can be called upon by the State Operations Centre to respond in an emergency in the precious first few minutes before an ambulance arrives.

St John has a network of five Urgent Care clinics which offer an alternative to busy Emergency Departments for patients with urgent – but not emergency – care needs.

The centres are supported by a $28 million Federal Government investment which will explore the impact they make on the health system.

The Urgent Care model has been designed to divert unnecessary visits to ED which account for more than half of all visits by WA would-be patients to hospital. Research shows about 16 out of the 20 most common ED presentations can be safely managed in a non-emergency department setting. These are often “walk ins”, separate from emergency ambulance presentations.