How to get a good curry, by paramedic Simon Klass 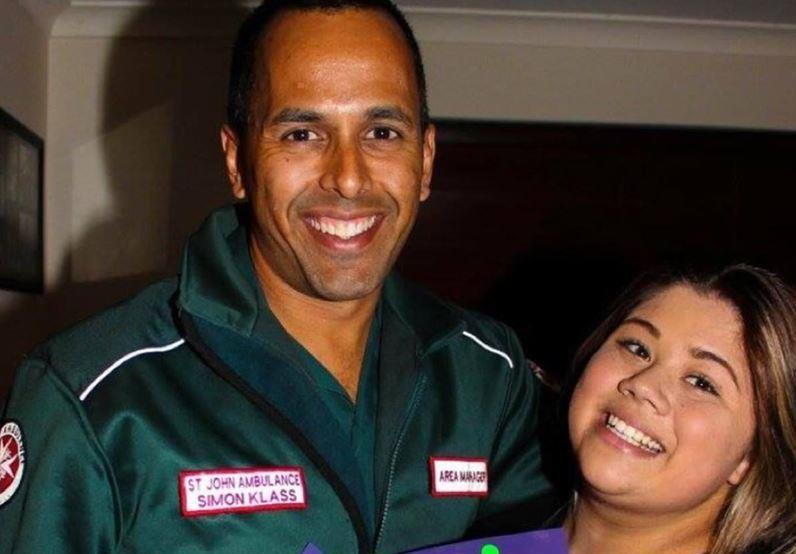 Every day, St John WA paramedics are on the road, treating people on the worst day of their lives, and doing everything they can to keep people alive.

Sometimes they even get to reunite with patients they have treated.

This special story from one of our hero paramedics, Simon Klass, embodies what this job is all about.

It was eight years ago.

I clearly remember holding your twisted and broken body together and battling to keep you breathing.

As I left the hospital that day, I had already been told that you were not expected to survive.

I did my best to reason that I had done everything I could, then tried to block it out.

You were only 16 years old and had been hit by an inattentive driver while crossing the road.

I could not believe the stunningly beautiful young woman walking down the aisle on her wedding day was the same person.

Not only did you survive; you flourished.

It was in 2015 when I received a thank you email from a person a paramedic crew managed to keep alive after major trauma, and I could not work out who it was from.

After much digging through the memory bank, I had a suspicion it might be from the same young lady I had treated on that tragic day.

I allowed my curiosity to get the better of me as I simply could not believe that she could have had the functions to write such a letter, and that it must have been written on behalf her family or carer.

I did something I had only done once before in my 16-year career, and that was to reply to the letter.

When I arrived at the dinner invitation I was welcomed into the family with open arms and in the process managed to gain an honorary new “Mum and Dad.”

I was stunned at how well you had recovered and was humbled by the incredible journey you endured that was filled with multiple surgeries and having to re-learn most of your basic functions.

You walked up to me and gave me the biggest hug.

It brought so my joy to my heart that even now, simply recalling that day, it refills my cup when it is getting empty.

I get to take a deep breath, then I smile when I realise that it in a way, it is a role reversal.

I have been privileged to follow your incredible recovery and I allowed myself to feel quietly proud for doing my part in helping you get down the aisle.

I have decided that my standing invitation to dinner will continue, as my newest Dad makes awesome curries.