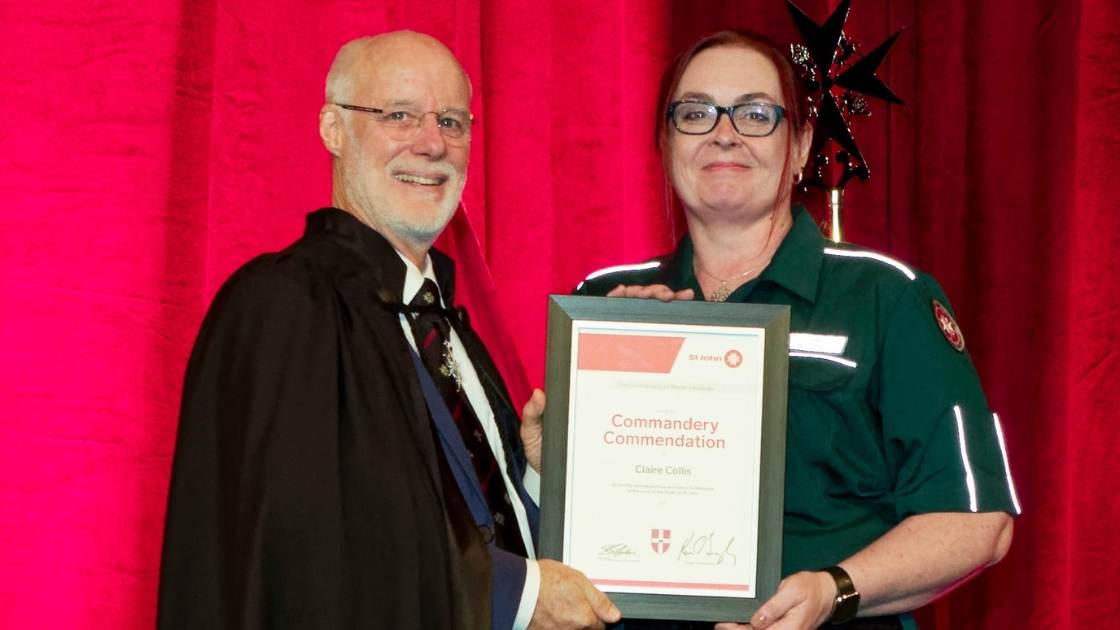 St John WA has recognised 154 staff and volunteers from across the state for their contribution at the annual Investiture of the Western Australian Commandery of the Order of St John.

Led by the Governor of Western Australia, Honourable Kim Beazley AC, the Investiture took place on Saturday 10 April 2021 at Perth Convention & Exhibition Centre. Combining nominees from both 2020 and 2021, the event saw staff and volunteers welcomed to the Order of St John, a royal order of chivalry under the Crown.

St John WA Chief Executive Officer Michelle Fyfe said she is extremely proud to see such a big number of staff and volunteers welcomed to the Order of St John.

“A long-lived tradition, the Order of St John was established under the Authority of Queen Victoria during 1888. It is a great honour to be invited to join or be promoted within the Order. I’m humbled to see the level commitment shown by this year’s cohort” said Fyfe.

Among the nominees at this year’s event was Shayne Leslie, Chairman of St John WA,  who was promoted within the Order to a Knight of Grace. Shayne’s commitment to growth, purpose and innovation has been fundamental to the organisation’s development, with a 12 per cent increase of those trained in first aid since commencing his role at St John WA in 2002.

Alongside Leslie was Ashley Morris, who received the honour of Promotion to Commander. Since joining the organisation in 1991, Ashley has been dedicated to the implementation of systems that are now key in day-to-day activities across St John WA’s depots and sub-centres, as well as hospitals across WA.

A further 73 individuals were admitted into the Order as Members, along with 11 promotions to Officer, one direct admission to the Order as Officer and 40 recipients of Lifetime Association Awards.

A membership to the Order of St John is a recognised honour under the Australian Honours System and presents itself as an excellent opportunity to pay tribute to the extraordinary members of the St John WA community.