‘Miracle man’ thanks his lucky stars – and his rescuers 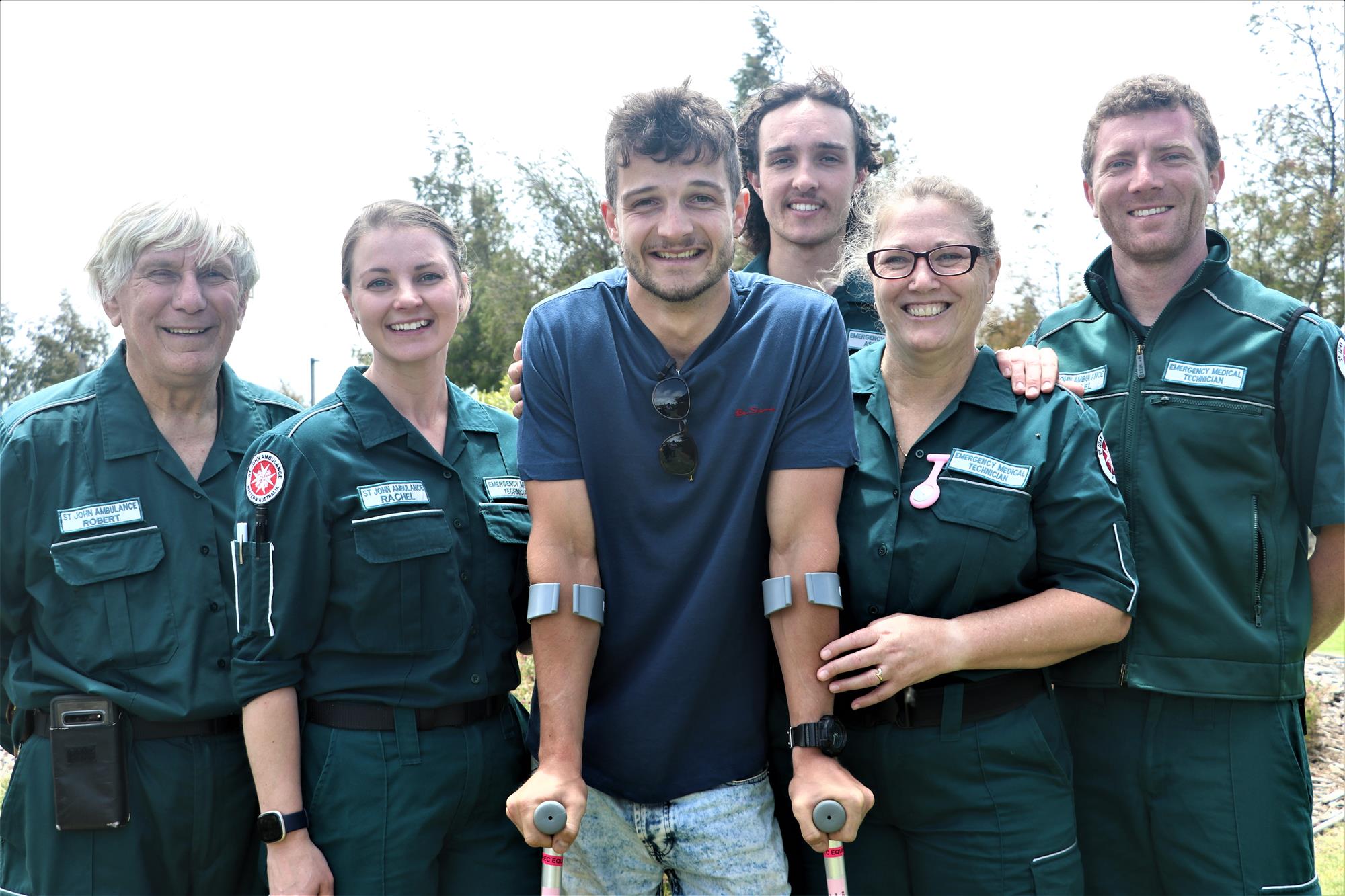 Pic: Jack Slagman travelled to Esperance to meet up with some of the St John volunteers who helped to save his life after a serious dirt bike accident.

For someone who was never meant to walk again, “miracle man” Jack Slagman has not only defied the odds, he has smashed them.

Critically injured in a dirt bike accident in Esperance earlier this year, Jack has spent the past six months in recovery and rehabilitation.

It’s been a painstaking process for the adrenaline junkie, but Jack could never accept that his spinal injury would prevent him from walking again.

His progress started slowly, with Jack being able to wiggle his big toe.

Within weeks he was gaining mobility, and in December he proudly walked – with the help of crutches – to meet some of the team who helped save him.

In what was an arduous 11-hour rescue mission, St John volunteers were joined by members of the SES and local police to bring Jack to safety following his crash in sand dunes.

During an emotional reunion, Jack got to thank his saviours, and it was hugs all ‘round for the group who worked tirelessly together to help the farm worker.

“It’s just so good to be able to meet these guys and thank them for what they did for me,” Jack said.

“I can’t thank them enough.”

“It’s really special to catch up with him again,” Mr Gaughan said.

“We don’t often get to hear how a rescued patient is going, so to see Jack walk towards us was just great.”

No matter where you live, you can make a positive impact in your community by becoming a St John volunteer.

Find out more about the volunteer work available and join us today.