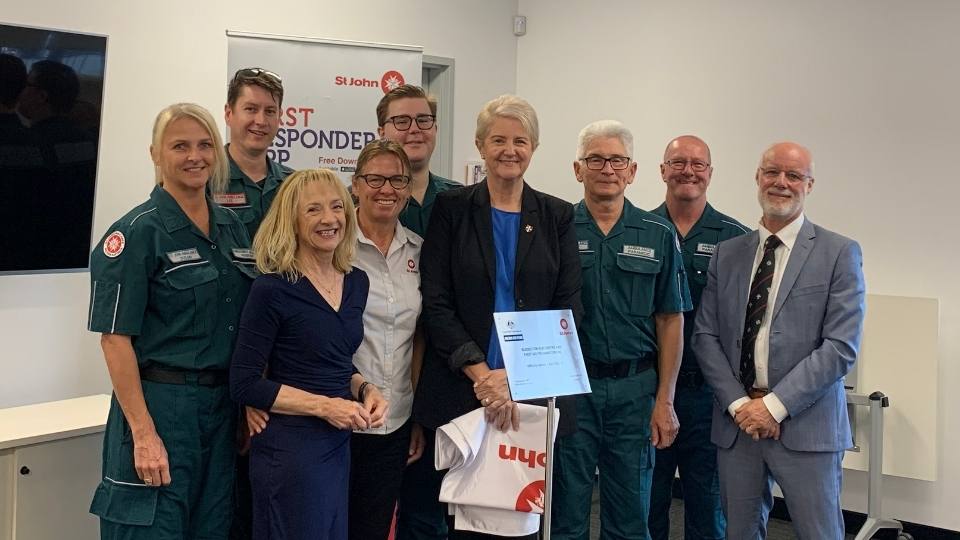 St John WA has today formally opened its new Busselton Sub Centre, which is set to deliver more than 4800 call-outs each year and support growing demand for first aid training in the community.

The new facility is the latest addition to St John WA’s regional centres and features a drive through six-bay ambulance garage, an area of respite for volunteers and staff, offices, medical store, modern kitchen and bathroom amenities as well as four quiet rooms for night shift volunteers and staff.

St John Head of Country Operations, Justin Fonte said the new facility had been welcomed by the community of staff and volunteers.

“In such a high-traffic region, it’s important to have the right services in place. Significant time and resource have been invested by St John to ensure this new facility will benefit the Busselton community, both now and in the future. The design has been tailored so the facility can grow with the population and community for at least 25 years,” Mr Fonte said.

Planning for the new Busselton Sub Centre started in 2012 to ensure it was relocated to a convenient location close to the Bussel Highway. Funding was secured from the Australian Government in 2018 with more than $1.5 million provided by the Building Better Regions Fund. Following approvals, construction was completed within 12 months.