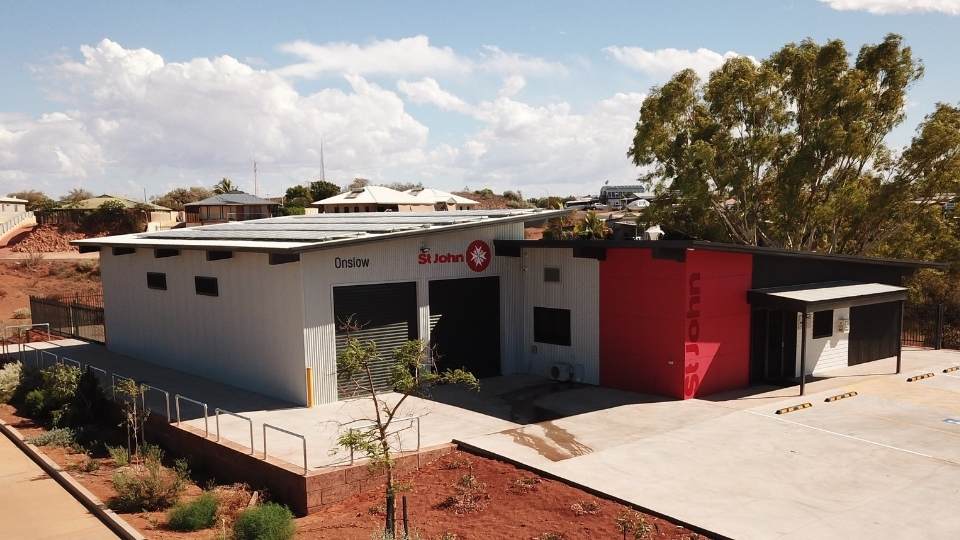 The new Onslow facility takes up over 1700m² on McGrath Avenue and will be used for ambulance as well as volunteer training and public first aid courses.

The new and improved sub centre will provide an area of respite for volunteers and staff, with a drive through four bay garage, a large training room for volunteers and first aid training, two dedicated quiet rooms, a volunteer BBQ area as well as other modern amenities.

Each year St John Onslow carries out over 150 jobs with 26 volunteers dedicating their time and skill to the local community.

St John Head of Country Operations, Justin Fonte said the new facility has been warmly welcomed by the community of staff and volunteers.

“The new sub centre’s dedicated training areas and modern fit out will allow for large numbers of volunteers and members of the public to be trained in first aid, building a safer and more resilient community.”

“We’re so pleased to see our volunteers continuing to do amazing work in regional areas. We hope that through these facilities we can encourage social connection within the community,” Mr Fonte said.

Fully funded by Chevron, the $2 million facility formed part of its Wheatstone Projects

Southern City Building Group were appointed to complete the development, which was constructed in less than 12 months.

The facility was officially opened with a ceremony earlier this morning. The Onslow sub centre is located at Lot 1001 McGrath Avenue, Onslow.
Posted on: