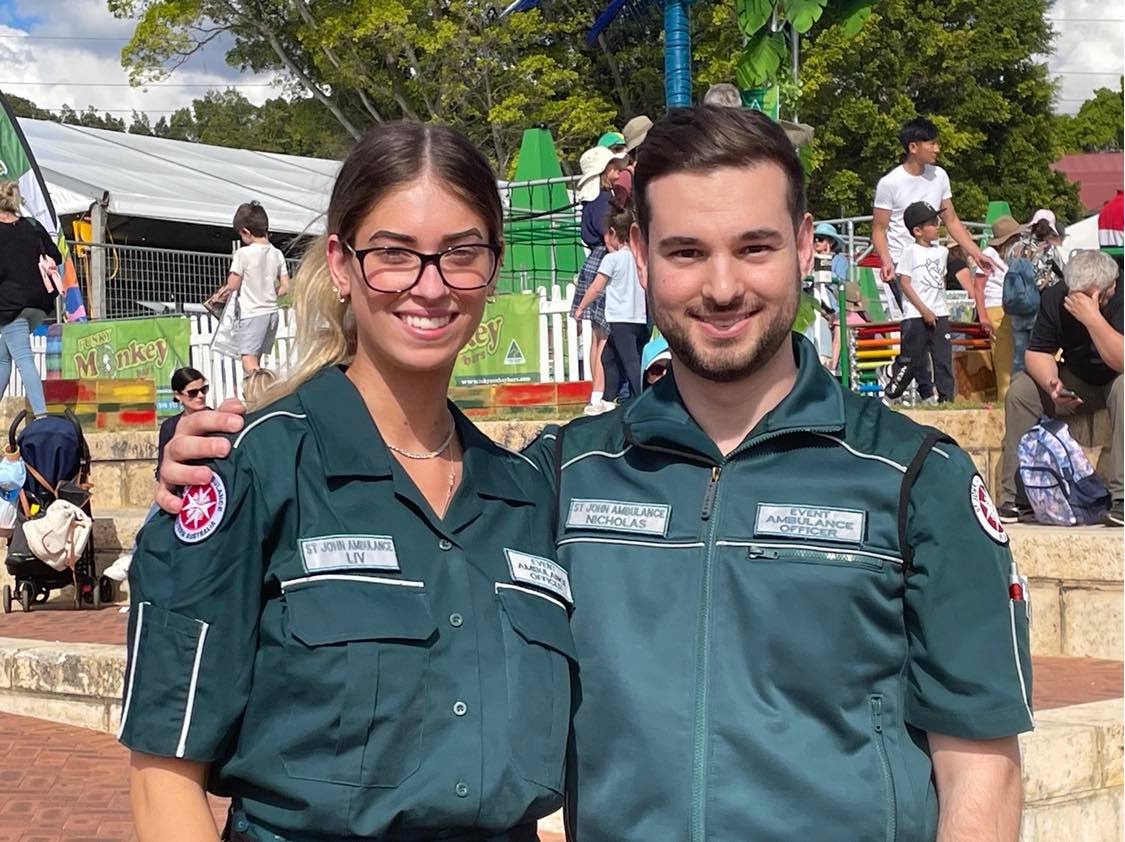 Liv Comito and Nick Andrews after a big day at the Perth Royal Show.

It was supposed to be a routine day at the Royal Show for St John WA Event Health Services volunteers Nick Andrews and Liv Comito, but a woman in labour and a baby who just couldn’t wait changed all of that.

As tens of thousands of people descended on sideshow alley, Gosnells mum Cassida Richards realised it was show-time in more ways than one.

In what can only be described as a lightning-fast delivery, Cassida gave birth to a beautiful bouncing baby girl in a portable toilet block with help from Event Ambulance Officers Nick and Liv.

“It was pretty surreal,” Liv said.

“We’d been treating a woman having an asthma attack when a girl ran up to us and said ‘Mummy needs you’. I raced into the cubicle and called for Nick. Then the baby was born. It was that quick.”

Alongside Nick and Liv, other St John WA volunteers and paramedics, as well as passersby, helped Cassida and her newborn, with an ambulance rushing the pair to hospital for a check-up.

And even though the birth – a first for the Perth Royal Show – was quick and chaotic, both mother and baby are doing well.

“It’s not something you expect to happen at the Royal Show.”

Both Nick and Liv agreed it had been a privilege to help Cassida, and both vollies can now add a new skill to their CVs.

Unexpected as the birth was, it showed how volunteers can be called upon to assist in a huge range of potential incidents, and how important training is to anyone putting their hand up for St John WA.

Liv and Nick are part of our 1600 Event Health Services volunteers who provide first aid cover and medical services at everything from the AFL grand final to music festivals, schools and carnivals.

We’ve been caring for the community since 1903 and attend more than 4000 events every year.

Do you have what it takes to join their ranks?

Learn about stepping up for your community at St John Event Health Services HERE.