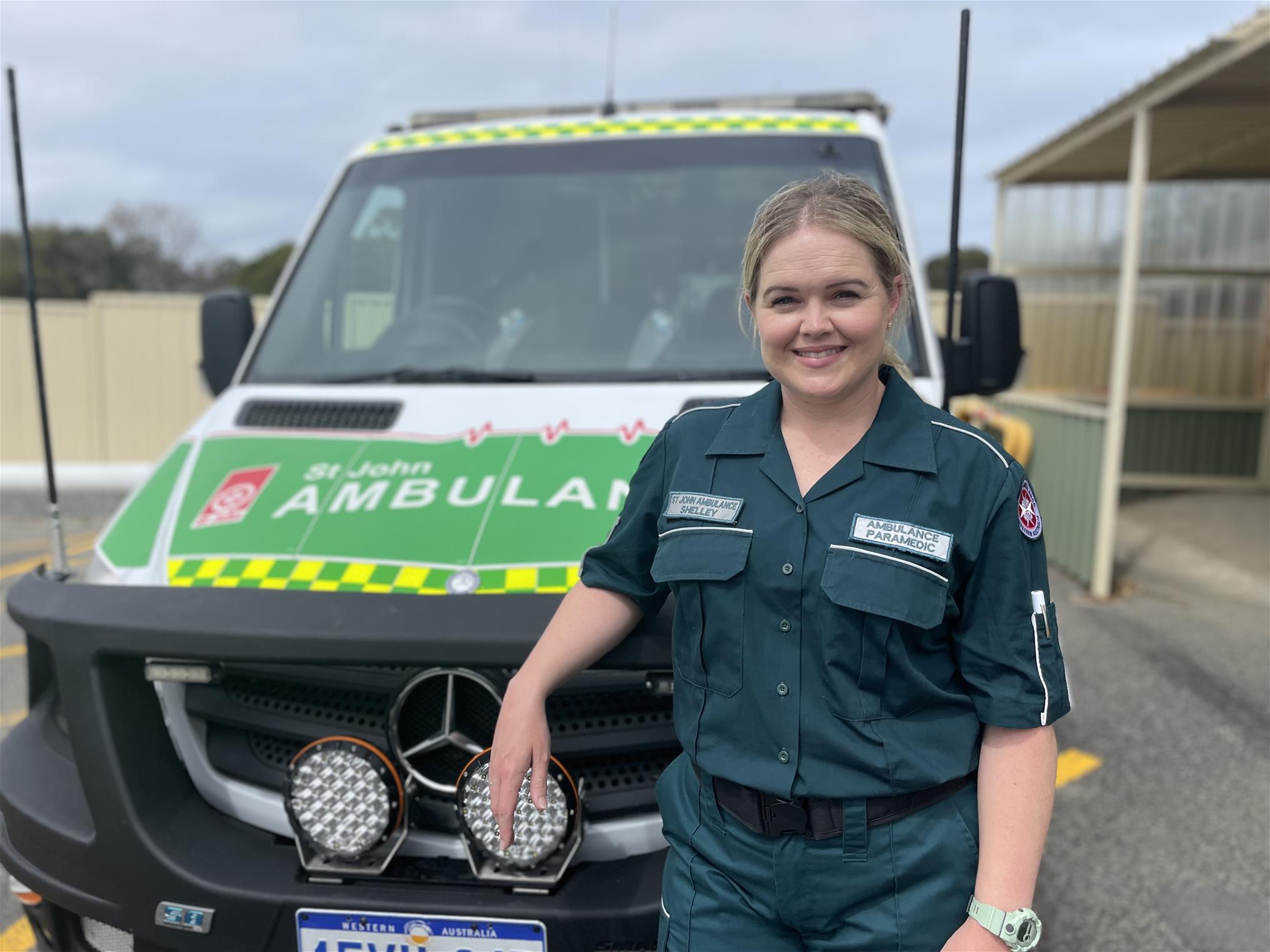 Local St John Country Ambulance Paramedic Shelly Johnstone has been recognised by the Council of Ambulance Authorities (CAA) at the 2022 Women in Ambulance Awards.

Known for her work as a trainer, mentor and talented paramedic, the mum-of-three was awarded for her longstanding commitment and impact on St John WA’s country operations, having worked for the not-for-profit organisation for nearly 15 years.

Ms Johnstone relocated to Albany to work as a Country Ambulance Paramedic after completing a long stint as a Community Paramedic in the Southeast Wheatbelt region. She is one of six St John WA women who were recognised for their outstanding contribution to ambulance services as part of CAA's 2022 Women in Ambulance Awards.

She said her commitment was fuelled by her passion to help the community.

“I have been fortunate enough to be mentored by, work alongside and subsequently mentor some extraordinary people. I thoroughly enjoyed my time as a Community Paramedic in the regions of WA, working with and forging lifelong friendships with some remarkable people and helping give back to the community,” Ms Johnstone said.

“I am now extremely fortunate to be living and working in Albany and I’m looking forward to enjoying my work, settling into the community, and exploring the stunning coastline with my husband and children.”

Ms Johnstone is part of a cohort of women recognised by the CAA as part of the 2022 Women in Ambulance Awards. The awards began in 2020 to highlight successful and hardworking women across Australia, New Zealand and Papua New Guinea.

Each award recipient was presented with a certificate and pin and has been invited to attend CAA Women in Leadership Forum in Sydney in 2023.