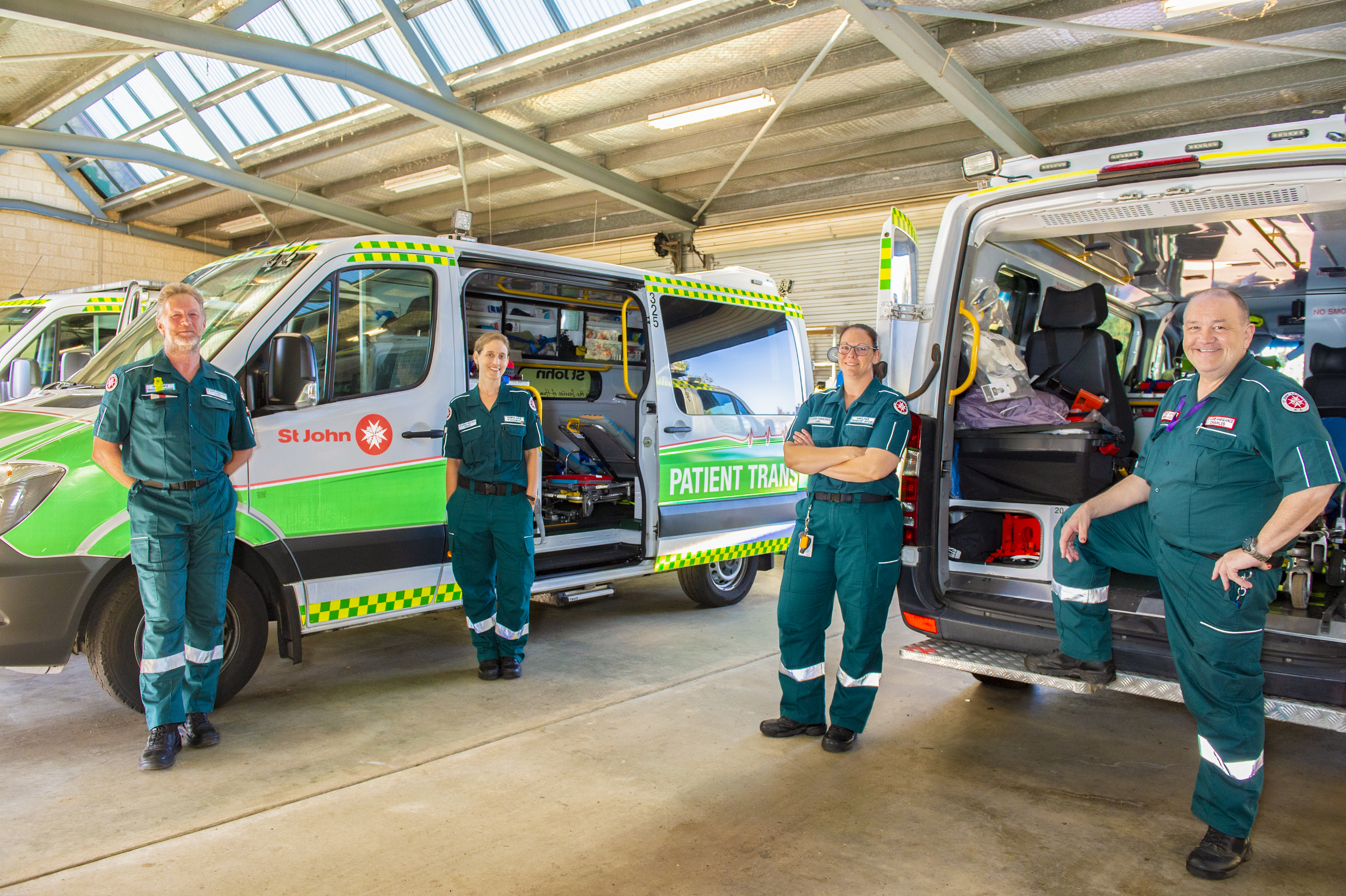 St John Ambulance WA today announces the appointment of Michelle Fyfe APM as its new Chief Executive Officer. The appointment comes on the back of another strong year and in a time of incredible transformation for the organisation, which last year celebrated 125 years of providing first aid and first aid training in Western Australia. Last year the organisation attended more than 300,000 ambulance cases, received 574,479 calls in its triple zero state operations centre, and ended the financial year with a surplus of $17.4 million. St John’s move into primary health and urgent care, which was launched with the purchase of Apollo Health in June 2016, also had a successful year with 269,537 people visiting one of the Apollo by St John GP or urgent care services.

Michelle’s appointment is the result of an extensive national candidate search and recruitment  process undertaken by the organisation’s Board, led by its Chairman, Mr Shayne Leslie.  Mr Leslie said: “The Board agreed that Michelle was an exceptional candidate with an impressive track record in innovation and transformational leadership. We believe she is the ideal person to continue St John’s journey of reform in the primary health sector, fulfilling St John’s vision of a new ambulance paradigm, becoming the effective gateway into the health system for unscheduled care.”

Michelle brings decades of experience in understanding the diverse and complex issues that affect a Western Australia emergency service organisation, most recently as WAPOL Assistant Commissioner of State Crime. In 2017 Michelle received a Telstra Business Women’s Award, in the WA Public Sector and Academia category. At that time she reflected on her pride in being able to be a role model to women and other minorities in the police force and spoke about favouring diversity of thought and open communication in the workplace. In acceptance of this award, Michelle was quoted as saying: “Everyone deserves to feel valued and important in their workplace, regardless of rank or position. That is why I lead the way I  lead, and do what I do. ”

Michelle will join St John at the end of June in the role of CEO Designate. Current CEO Tony Ahern remains Chief Executive Officer until his official retirement at the end of October and will work closely with Michelle in her transition. Tony Ahern’s career journey with St John Western Australia is quite unique, in that his entire career has taken place within the one organisation. He joined St John Ambulance in 1973 as a 15-year-old cadet and worked his way up. Tony went from being a first aid volunteer toparamedic. In 1989 he made a career change moving into accounting and computing services taking a lead role in modernising St John’s administrative and financial systems over more  than a decade.

Mr Ahern has been a member of the Executive team for 23 years having served as Finance Director, Deputy Chief Executive Officer, and for the past 12 years Chief Executive Officer. Over the decade in which Mr Ahern has been CEO, the organisation has undergone extraordinary growth and seen incredible innovation and modernisation. On the release of its Annual Report last year, Mr Ahern said that the organisation’s efforts during the year saw St John interact with almost one million patients or first aid students, something only made possible by the work of the 1,500 staff and 9,140 volunteers.

Of Mr Ahern’s time at the helm of St John, Chairman Shayne Leslie said: “We cannot thank him enough for his leadership, dedication, inspiration and enormous contribution. To us, Tony is a true visionary. Someone whose leadership has allowed St John to truly deliver, more than ever before, on its motto of ‘Service to Humanity’.”

“We now look forward to a continuation of the St John success story under Michelle Fyfe’s leadership and know that the organisation is in excellent hands being guided into an exciting and change driven future.”