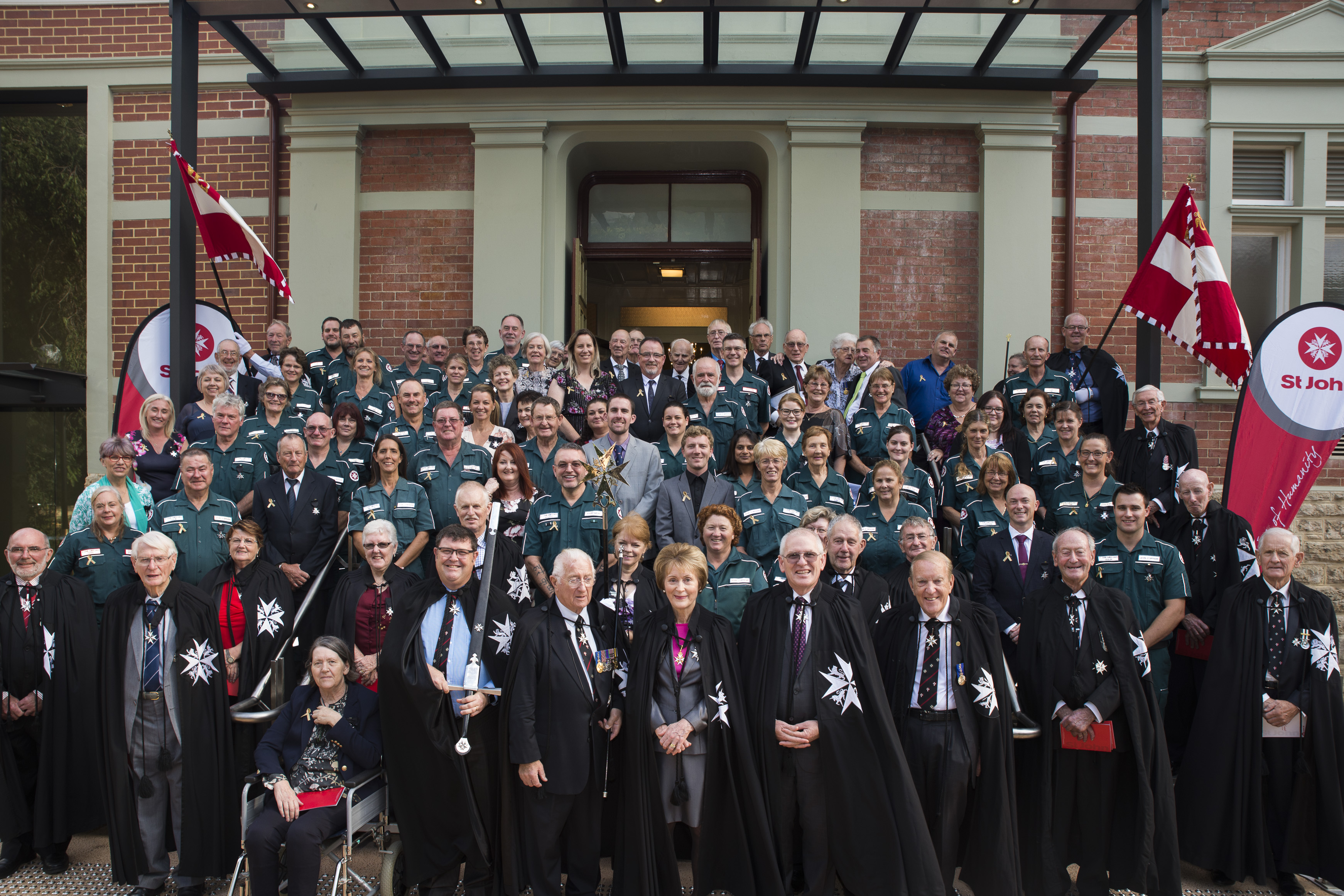 St John Ambulance WA has recognised 94 members for exceptional service to the organisation at the annual Investiture of the Western Australian Commandery of the Order of St John.

The Investiture was held on Saturday, 7 April 2018 at Government House in Perth and was conducted by the Dame Commander, Her Excellency the Honourable Kerry Sanderson AC, Governor of Western Australia.

Among those who were recognised on the day was Kathryn Clune, who was admitted to the Order as a member.

Kathryn Clune has been a member of St John Event Health Services for more than 19 years, beginning as a junior in Fremantle. She has demonstrated outstanding service to the community and acts in specialist roles at major events including as communications officer, area coordinator and client liaison.

At the Investiture ceremony, eight members were promoted to the grade of Officer, two were admitted direct to the grade of Officer and 45 were admitted as Members, while 19 received Commandery Commendations.Long serving member Gary Guelfi was honoured with a promotion to Officer.Gary, who hails from the Wheatbelt community of Newdegate, has actively served as a volunteer ambulance officer for both country regional and metropolitan areas. He has also taken on the role of volunteer development officer and has made a commitment to ensuring that volunteers’ skills are constantly challenged and embraced.

Last year an additional award was introduced to the ceremony, with 22 members presented with Lifetime Association certificates acknowledging 50, 55, 60, 65 and an outstanding 70 years of service to both St John and the Western Australian community.

St John Chief Executive Officer Tony Ahern thanked all members for their significant contribution to the organisation and for their ongoing commitment to the service of humanity.

“This Investiture once again acknowledges the integrated model of service in WA that entails volunteers and staff working side-by-side across both metropolitan and country regions, providing the very best in ambulance and first aid services,” Mr Ahern said.

“Being admitted to, or promoted within, the Order of St John is a great honour and we are very proud of the volunteers and staff recognised this year, some which have dedicated more than 50 years of service in caring for their community.

“Occasions such as the Investiture bring attention to the remarkable volunteers and employees at the core of St John who help deliver a world class ambulance service and help make first aid a part of everyone’s lives.”