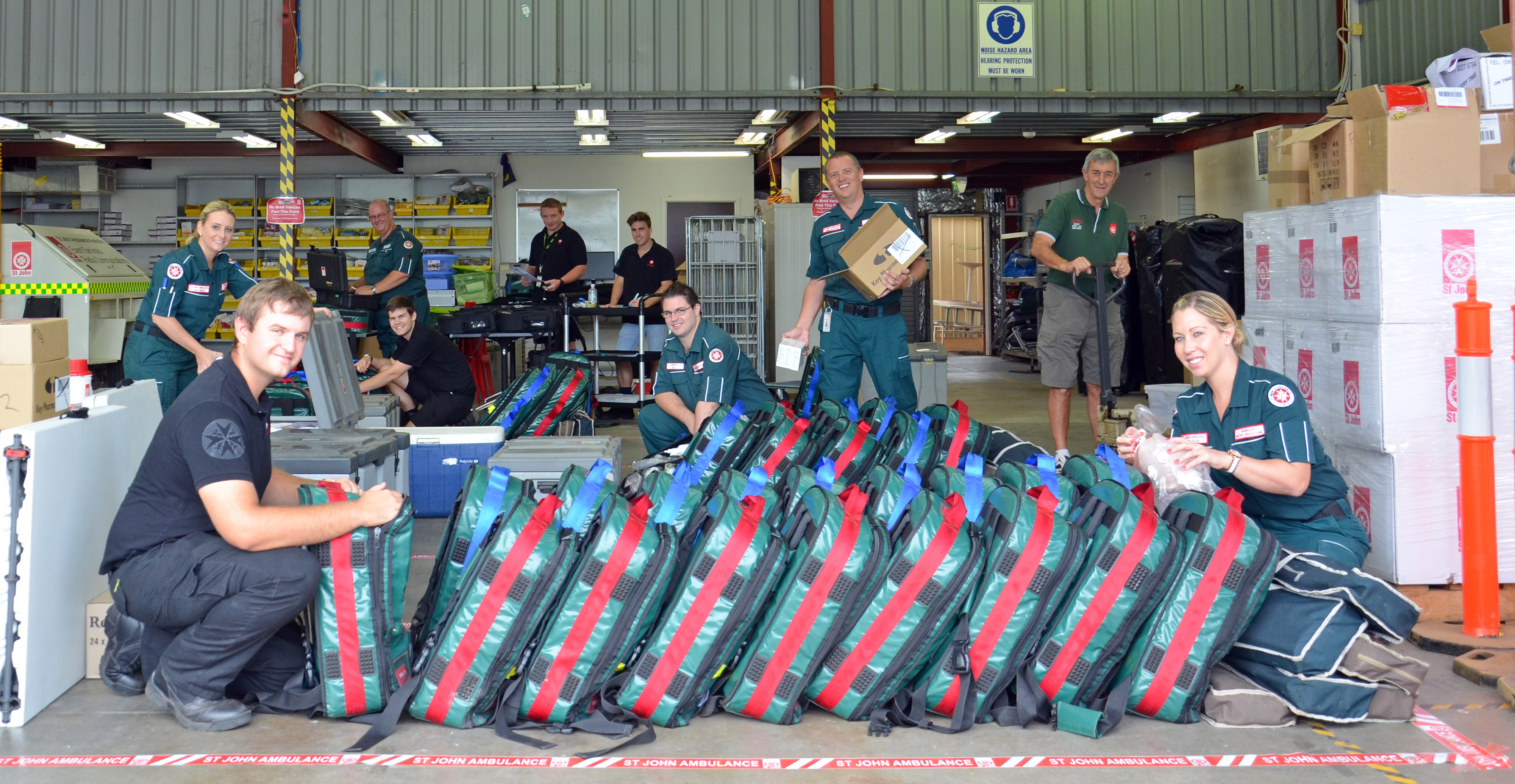 In a major logistical operation for the State’s premier event medical service, nearly 150 paramedics and event ambulance officers will be stationed across ten locations around the Swan River including Kings Park and Crawley waterfront for the Australia Day Skyworks.

St John will also deploy event ambulance crews to community events such as the Coogee Beach Festival and Ashfield Reserve fireworks, and citizenship ceremonies from Joondalup to Rockingham and Mandurah.

“Twelve months planning and preparation goes into the operation. Our event ambulance crews must complete regular first aid and event medical training to participate in the deployment,” explained Mr Martin.

“Last year, St John attended to more than 300 patients during Skyworks, treating a range of injuries such as abrasions, sprains, lacerations and burns.

“Traditionally, the majority of patients present to the St John event medical posts in the few hours prior to the fireworks display around dusk when visibility is low and the risk of injury increases.

This year, St John is advising people to be prepared for after-dark, as well as long periods in the sun if they intend to arrive early for Skyworks.

“Staying hydrated and applying sun protection is vital for people planning to stake out their spot early in the day for the fireworks event, but it is just as important to plan to get home safely in the dark after the event.

“Take a torch with you or at least use the torch feature on your smart phone and make sure the whole family is wearing suitable footwear.

“Every year, we treat injuries related to people wearing inappropriate footwear or no shoes at all.”

Mr Martin said St John still attends some alcohol and other drug-related cases on Australia Day but the service has noticed a steady decline in these issues since the introduction of alcohol restrictions.

“Hopefully that trend continues this year and everyone is able to enjoy themselves safely and sensibly, while respecting those around them.”

In the event of a medical emergency, even within the City of Perth Skyworks zone, call triple zero (000) for an ambulance.