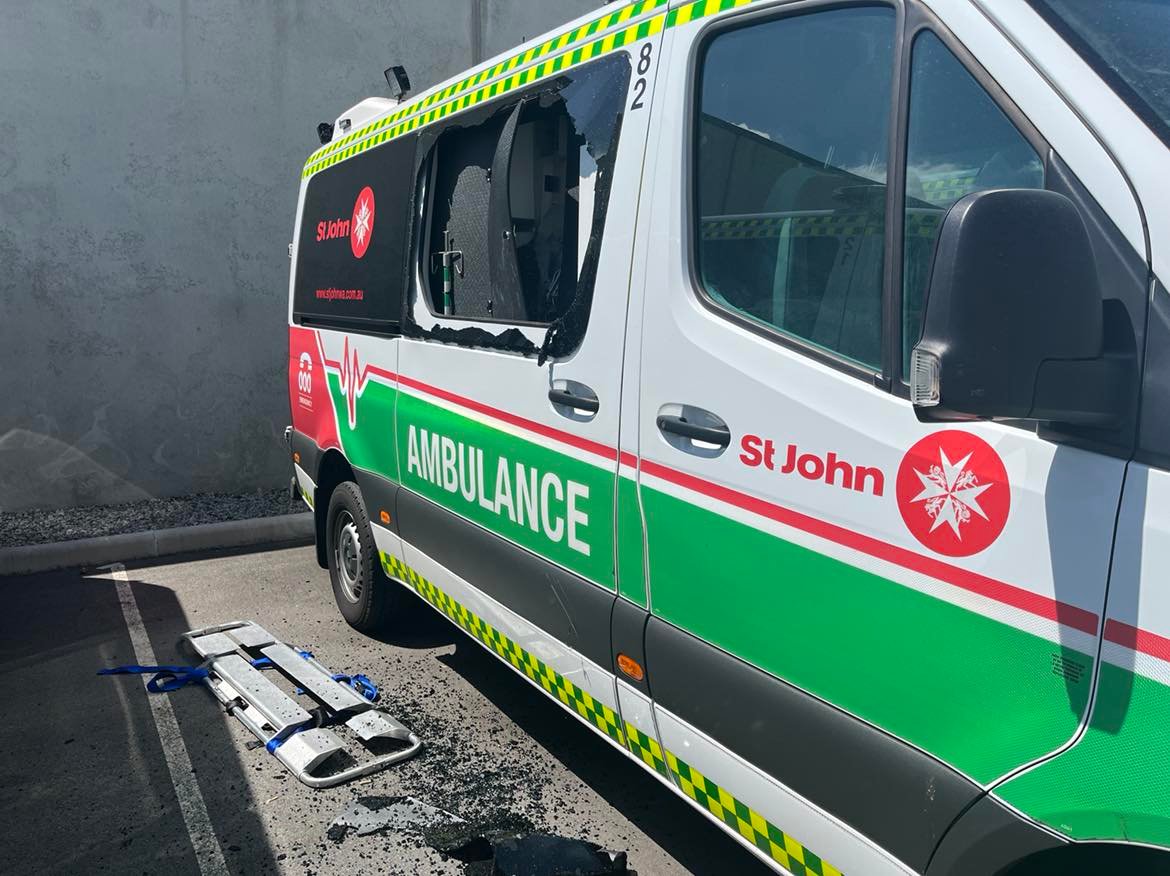 Security vision has captured the moment would-be thieves broke into an ambulance at St John WA’s Belmont depot and trashed it, leaving thousands of dollars’ worth of damage and a vehicle off the road for at least eight weeks.

The break-in happened near the start of the month in the early hours of the morning and involved two offenders.

Two ambulances were damaged during the spree, but thankfully this will not impact frontline services.

The vehicles, while brand new, were on standby as backup for ambulances already on-road, but the vandalism is an inconvenience St John doesn’t need as COVID cases start to peak in Western Australia.

Head of Fleet Operations Grant Ledger said the break-in was disappointing and frustrating.

“There’s nothing in these ambulances anybody but us could use. The radios are encrypted, there are no drugs on board; it’s just stupidity.”

The damage done to the vehicles will take about two months to repair, and with St John already working at capacity, it’s a headache the organisation just doesn’t need.

Regardless of the impact of this senseless incident, St John WA remains ready to respond to the community’s needs.

If you have any information on this break-in or the people involved, please call Crime Stoppers on 1800 333 000.