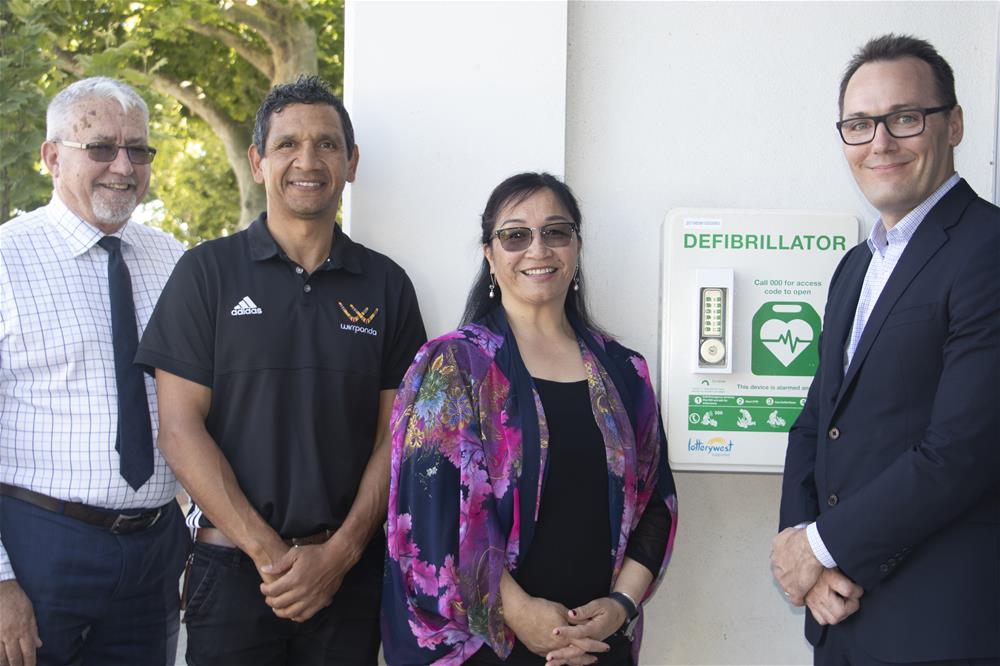 Six Western Australians who suffered cardiac arrest survived to hospital over the past three years thanks to St John WA’s Heart Grant program.

Supported by Lotterywest, the program has delivered more than 1000 public-access Automatic Electronic Defibrillators (AEDs) to not-for-profit community groups and sporting clubs across the state since it began in 2018.

Since the inception of the partnership, eight of the registered AEDs installed through the program were activated as part of St John WA’s Community First Responder network, meaning a patient received a shock from a defibrillator. Of the eight incidents, six of patients survived to hospital thanks to the availability and proximity of a defibrillator in their crucial time of need.

Research shows when CPR and defibrillation are administered within five minutes of an event survival rates dramatically improve. The St John WA Heart Grant program remains committed to growing the presence of defibrillators across WA to support accessibility of these vital machines.

“There are people in Western Australia at home with their families who would otherwise not be here thanks to this partnership between two dedicated organisations,” Ms Fyfe said.

“We’re so thankful to Lotterywest for funding our Heart Grant program which has saved lives, built community resilience and helped us deliver on our purpose of serving humanity.”

Of the AEDs distributed through the program, 930 were registered on the Community First Responder network — a free St John WA service that aims to provide access to defibrillators to support cardiac arrest victims in the vital minutes before an ambulance arrives.

Lotterywest General Manager Grants and Community Development, Lorna Pritchard said WA is fortunate to have the only lottery in Australia where the profits are returned to the community, making it possible to support initiatives like the Heart Grant Program.

“Lotterywest’s support for St John WA goes back to 1933. We are proud to continue supporting the lifesaving work of St John WA, with a $1.3 million grant towards this vital program that’s already saved six lives,” Ms Pritchard said.