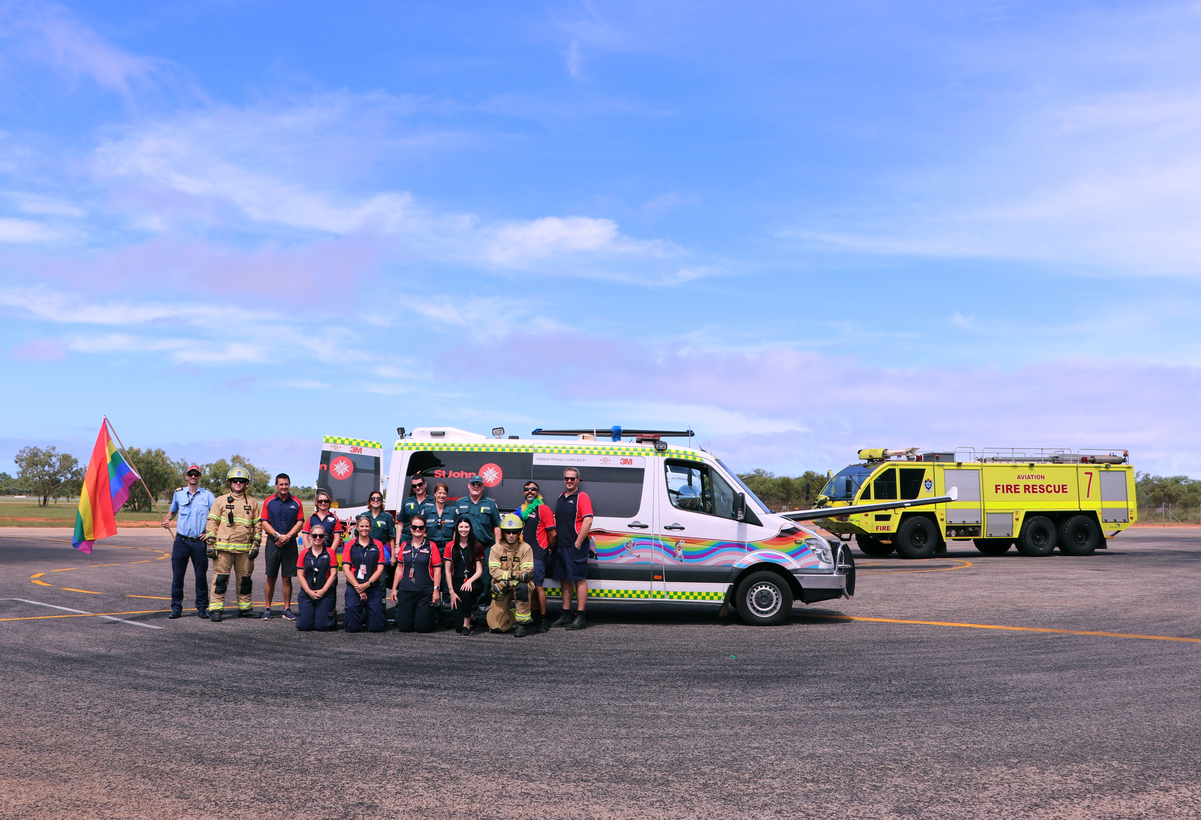 St John WA is calling on budding artists around the state to submit their designs for its 2020 ‘GLAM-bulance’ competition.

The lucky winner will have their design brought to life, and displayed for the world to see, wrapped around a decommissioned vehicle in support of WA’s LGBTQI+ community.

The competition launched via social media as St John’s unique contribution to the 2020 PrideFEST and will run until November 15.

Over the last two years, St John WA has participated in the PrideFEST parade with its own extravagant ‘GLAM-bulance’, designed by an internal graphic designer. This year, for the first time it will extend this creative opportunity to the entire WA community.

Following the cancellation of this year’s parade due to the global pandemic, St John WA felt it was important to show continued support for equality in society.

St John WA CEO, Michelle Fyfe said it’s important to support Pride WA and the Perth community, especially during a year that has been harder than most.

“We’re looking forward to seeing some creative thinking in the ideas submitted. I know our Executive Director of Communications and Brand is keen to collaborate with the winner on how our brand manifests in the community and we look forward to seeing these ideas come to life!

“We want to give the many graphic designers and artists who may have struggled this year due to COVID-19 an opportunity to really express themselves. This competition will help people come together and unite around a great cause,” says Fyfe.

The top 5 finalists will be announced via social media and the community will then be encouraged to vote for their favourite design.

Following the announcement of the winning design on November 25, St John WA will showcase the ‘GLAM-bulance’ in iconic locations around Perth and it will be available for use at future events.