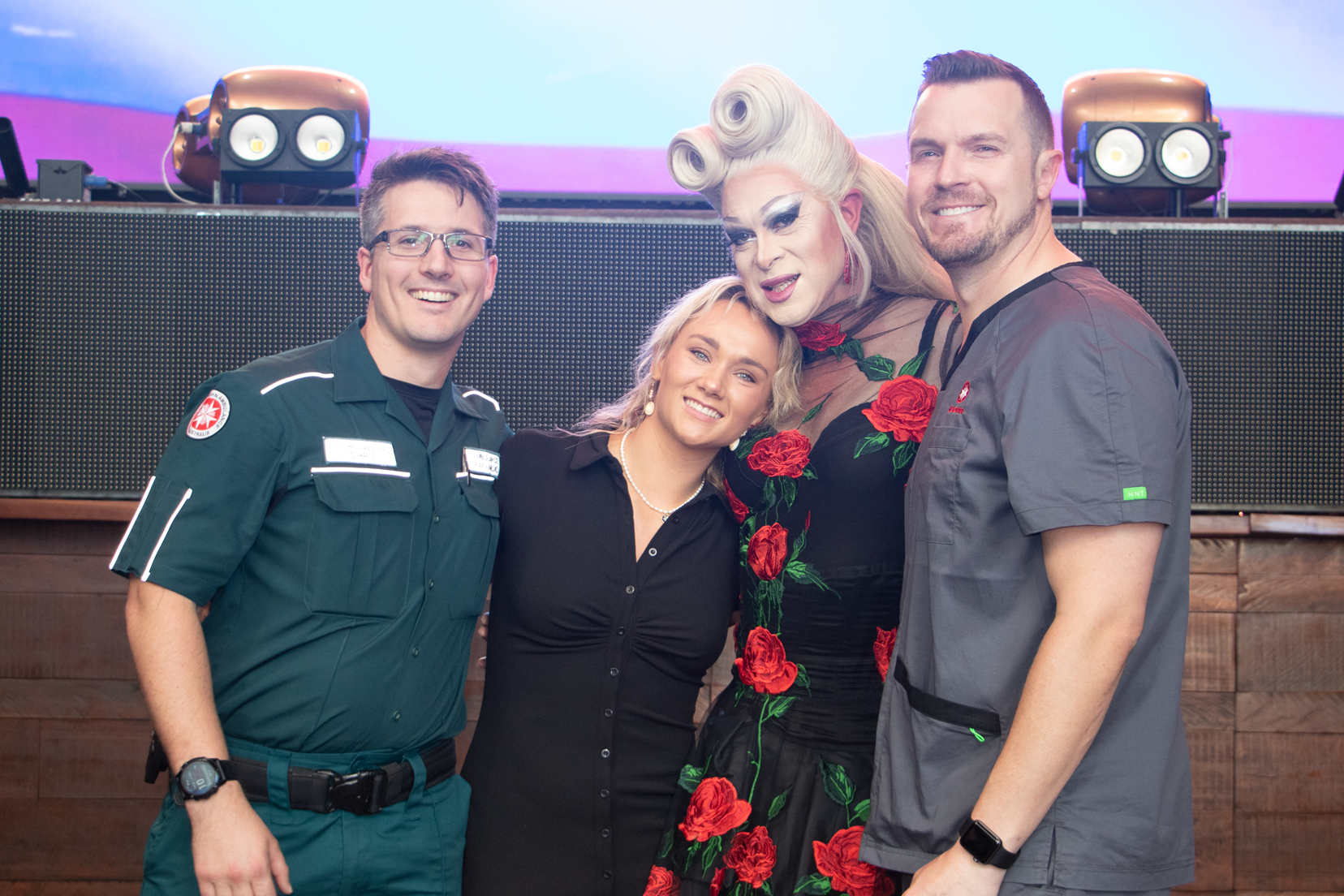 Graeme Rieusset has always felt like he was part of the St John family.

His father was a paramedic with the organisation for more than two decades.

But until recently, Graeme had never needed the life-saving services of St John.

During a performance at The Court Hotel in September, Graeme, who was performing as drag queen Carman Contouri, collapsed during his show when he suffered a cardiac arrest.

Luckily for him, a St John paramedic and a St John urgent care nurse were in the crowd, and the off-duty pair leapt into action with the help of another bystander who was a student paramedic.

Between them, Chris Austin, Mick Barry, and Emily Grosser performed CPR on Graeme until an ambulance arrived to take him to Royal Perth Hospital.

Within days, Graeme was on the mend, and he is now planning his comeback show.

Not everyone who suffers a cardiac arrest outside of hospital is as lucky as Graeme, though, with just one in nine people surviving such an incident.

Thanks to the quick actions of the first responders and the first aid-trained hotel staff, Graeme was given the best possible chance of survival.

“I think my dad was watching over me that night,” he said.

“I’m very grateful to everyone who helped save me.”

Since Graeme’s collapse, The Court Hotel has bought a defibrillator.

As the leaders of first aid in Western Australia, St John WA stock a range of heart defibrillators.