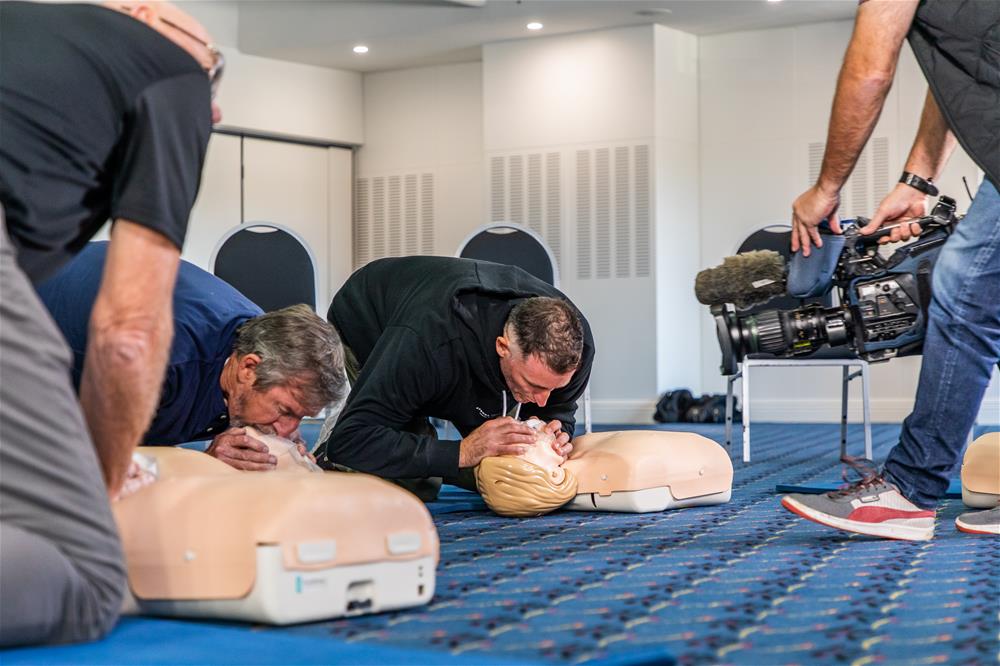 St John WA has answered the call of Australian cricket stars seeking to improve first aid among former, present and aspiring cricketers in light of recent heart attacks in the sport.

“If you actually get a chance to do a first aid course, make sure you do because you never know you could be the one to help someone out,” Campbell told reporters in May, shortly after his recovery.

“So grateful really for the young girl who was at the London Park with him and could do the CPR and virtually saved his life,” Hussey told Nine News exclusively.

“It sort of really hit home, I need to get my skills back up to speed as well.”

“You just don't know when it's gonna happen and if you can just do something to help – I think it's important that everybody makes the effort,” Wayne Clark told Nine News.

Ross Edwards played all his cricket with Rod Marsh.

“One wonders if there had been somebody in the car or with him when that happened he might have been saved,” he said.

St John responds to about 2500 out of hospital cardiac arrests a year, but sadly most go unnoticed as 80 per cent occur in people’s homes.

In 2020, St John WA attended 2698 OHCA cases of which 40 per cent were attempted to be resuscitated. Thankfully almost 80 per cent of those were getting CPR from witnesses to the event before St John paramedics arrived.

SJWA delivered 224 OHCA patients with a pulse to hospital and of the 128 OHCA survivors, four were children aged 15 or younger.

It is because of these sad statistics, St John WA offers free first aid in schools and communities which install St John issued defibrillators to vastly improve survival rates for cardiac arrest patients.

“Along with our Youth and Community Trainers more than 338,000 people were trained in first aid in WA this year, including school children starting as young as year 1,” he said.

“St John offers 8000 first aid courses a year across the state for ages ranging from 16 to 79, which has resulted in 89,400 getting qualified this year alone.

“St John WA’s Restart a Heart Day on October 16 challenges people to share their CPR training on social media using the #9for9 hashtag and tag nine others,” he said.

“We urge people to get behind it as it helps raise awareness for the nine out of 10 people who don’t survive out-of-hospital cardiac arrest.”